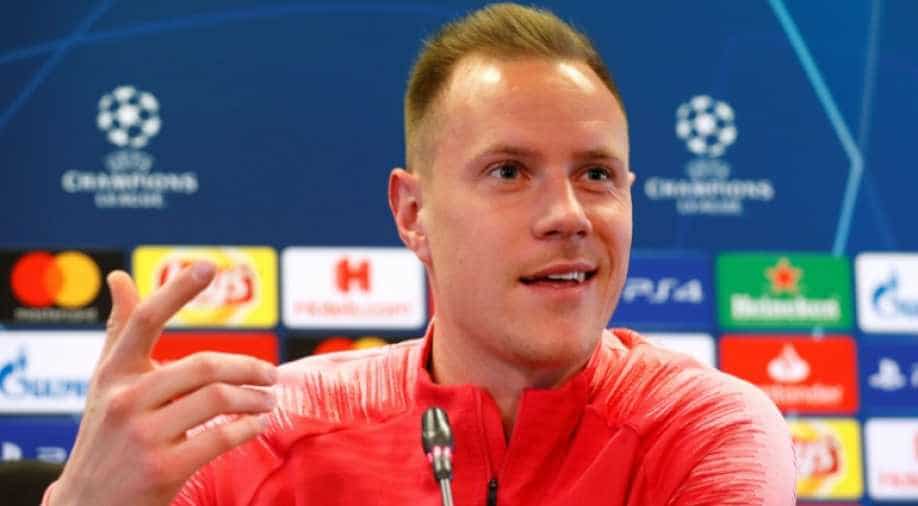 Barcelona goalkeeper Marc-Andre ter Stegen has been ruled out of the Copa del Rey final as he 'has discomfort in his right knee' and will continue to receive treatment.

"FC Barcelona goalkeeper Marc-Andre ter Stegen still has discomfort in his right knee and will continue receiving treatment during the coming weeks and, thus, has been ruled out for the Saturday's Copa del Rey final," club's official website said in a statement.

In this season, the 27-year old has played in 49 games, including both legs of the Copa del Rey semifinals against Real Madrid.

Ter Stegen displayed a scintillating performance in the Copa del Rey's second leg semi-final as in he managed to maintain a clean sheet in the match.

Moreover, he played in 11 Champions League clashes and the Spanish Super Cup against Sevilla.

Barcelona will face Valencia in the Copa del Rey final on May 26.