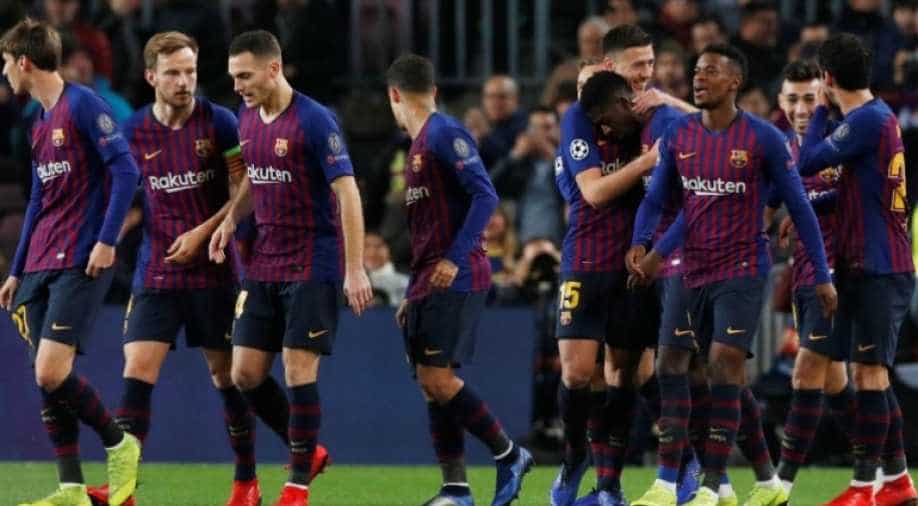 Dembele has had a number of off-field issues since joining Barca and local media reports said he was hit with a large fine for arriving late for training this week.

La Liga leaders Barcelona visit Levante on Sunday with the cloud of in-form Ousmane Dembele's latest misdemeanour hanging over them.

Dembele, who joined the club in the wake of Neymar's departure to Paris St Germain last summer for €105 million, has had a number of off-field issues since joining Barca and local media reports said he was hit with a large fine for arriving late for training this week.

On the field Dembele has been impressive of late, netting three goals in his last five games including the opener in his side's 1-1 draw with Tottenham Hotspur in midweek.

Coach Ernesto Valverde has refused to be drawn on the matter, however, teammate Carles Alena suggest the Frenchman is ready to change his attitude for the good of his career.

"We have to look after Dembele," he said. "He apologised in front of the whole team and he knows he made a mistake.

"He won't arrive late anymore. He's committed some errors but he knows that and he's going to correct them. We can't kill him for it. The important thing is how much he's giving us on the pitch. And when he improves those small things (off the pitch), he'll give us more.

"It was nice to see the reception he got from the fans when he went off. We appreciate that he got the support he needed from the supporters and we are with him until the end."

Barca are three points ahead of Sevilla and Atletico Madrid and five better off than fourth-placed Real Madrid who host second-bottom Rayo Vallecano still smarting from their heaviest ever European home defeat -- a 3-0 loss to CSKA Moscow.

Coach Santiago Solari believed that result was just a blip in the road. "I think each game is different," he said.

"We played well in the opening half hour but just couldn't get the goal and from there on in we just didn't react well enough. They punished every mistake we made."

It remains to be seen whether forward Gareth Bale, who picked up a knock in the victory after coming on as a halftime substitute, will be fit for the game.

The weekend's action concludes with a Basque derby on Monday as Eibar host Athletic Bilbao.