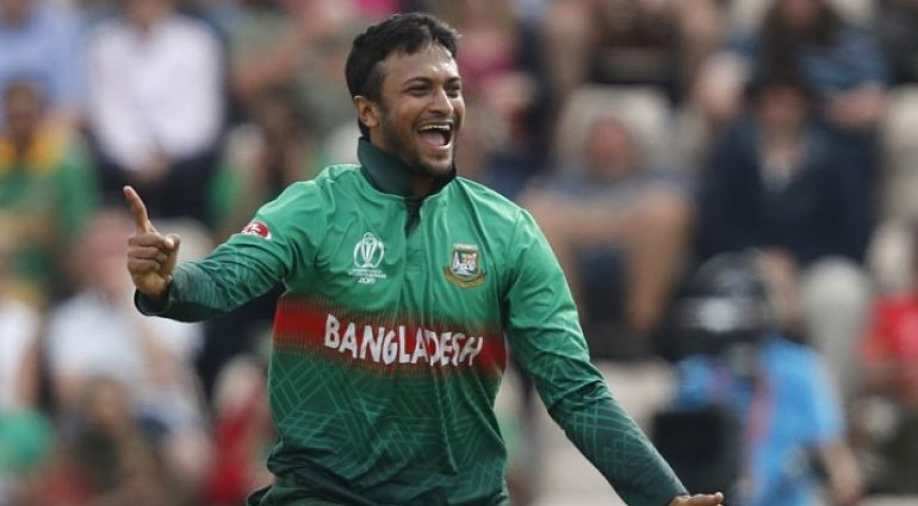 Shakib scored his seventh half-century of the tournament, equalling Tendulkar's record of 2003

All-rounder Shakib scored his seventh half-century of the tournament, equalling Tendulkar's record of 2003, before slashing wildly at a ball from Shaheen and being caught behind for 64.

That knock made Shakib the highest-scoring batsman of the World Cup with 606 runs.

In the match 43 of Cricket World Cup 2019, Bangladesh locked horns with Pakistan at Lord's on Friday.

After opting to bat first, Pakistan's opener Imam-ul-Haq made a run-a-ball century and Babar Azam scored 96 as they posted 316-run target against Bangladesh.

Shakib scored half-century but Bangladesh's other wickets fell regularly as they were skittled out in 44 overs.

Pakistan thumped Bangladesh by 94 runs but it was not enough to earn them a place in the semi-finals as New Zealand went through on net run-rate.