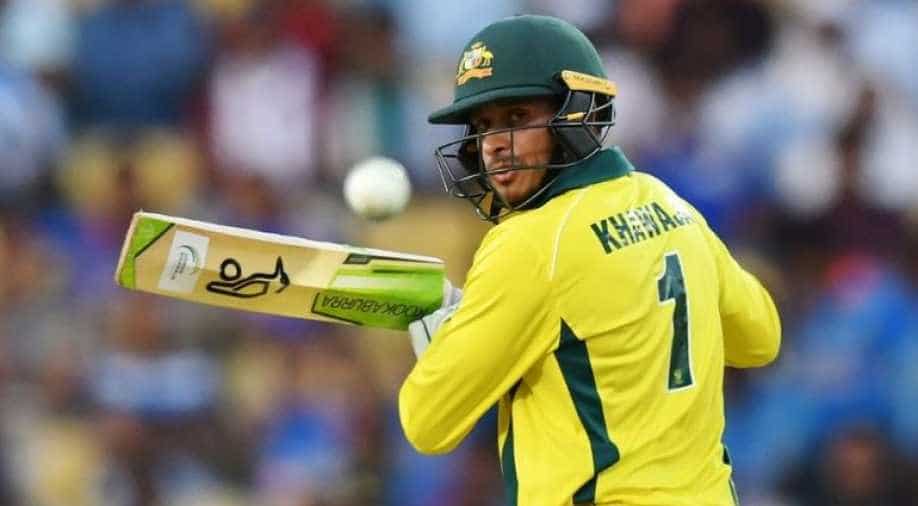 Australia opener Usman Khawaja was cleared of serious injury after taking a nasty blow to the head and being forced to retire hurt from a World Cup warmup against West Indies in Southampton on Wednesday.

Khawaja underwent scans on his jaw after being struck by an Andre Russell bouncer in the second over of Australia's innings and escorted from the Rose Bowl's Nursery Ground.

Australia went on to win the match by seven wickets.

"It was very scary. It copped him on the side of the cheekbone, I think. The main thing is he is okay and can bounce back pretty quickly", Australia batsman Shaun Marsh, who scored 55 not out batting at number five, told reporters.

"Obviously (he was) a bit shaken, as you are when you get hit on the head, but Uzzy's a tough cookie and he'll be ready to go", Marsh added.

Marsh and returning former captain Steve Smith put on 109 for the third wicket as Australia chased down West Indies' tally of 229 inside 39 overs.

Smith hit seven fours and two sixes in his 76 and Marsh said it was good to see him and former vice-captain David Warner, who scored 12, back in the groove after the end of their one-year bans for the Newlands ball-tampering scandal.

"(Smith) has just come back and just done what he usually does and scored runs," Marsh said.

"It's just fantastic to have them both back in the team. They are both really valuable players for us," Marsh added.

With Smith and Warner back, Marsh is not certain of a place in the side for the World Cup opener against Afghanistan in Bristol on June 1 but he thought his versatility might work in his favour.

"I think I'm nice and flexible. I've batted from one to six over my career so I'll just enjoy the last two warmup matches and we'll see," Marsh said.

The defending champions' next warmup is against World Cup hosts England, who top the world rankings, at the main Rose Bowl ground on Saturday.

"I think it's going to be a great challenge and we'll see where we're at," Marsh concluded.