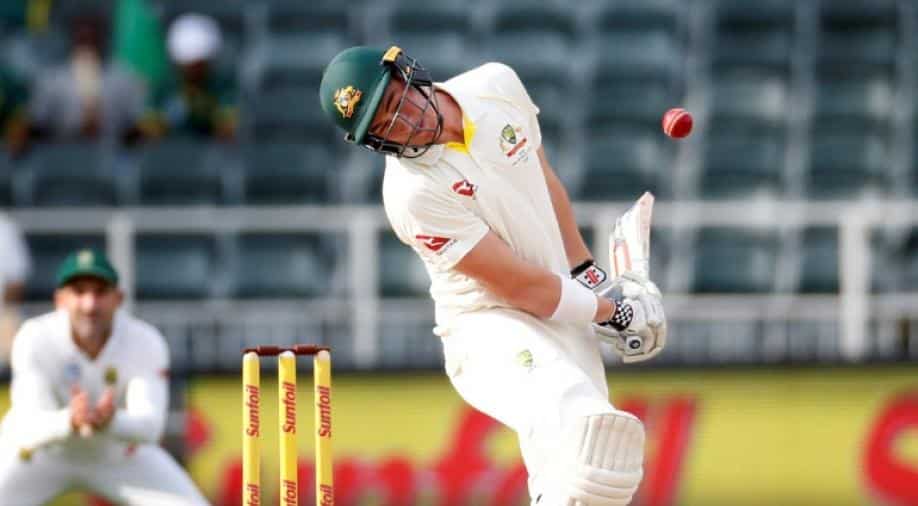 Renshaw suffered a concussion in a warm-up mishap before a Sheffield Shield match for Queensland in March and was subbed out of the game.

Australian opener Matt Renshaw is a doubt for the series-opening Test against Pakistan after suffering a head injury in a tour match in Dubai.

Renshaw, who has a history of concussions, exited the match against a Pakistan 'A' side after being hit by a pull shot from batsman Abid Ali when fielding at short leg on Sunday.

Renshaw was wearing a helmet when he was struck in the side of the head. He pulled it off immediately and sat with his head in his hands before being examined by medical staff.

He came off the ground for further checks and was replaced in the lineup by Marnus Labuschagne.

Opening batsman Aaron Finch said Renshaw was in good spirits, but the selectors are likely to be cautious about playing the Yorkshire-born 22-year-old in the first Test starting on Sunday.

Renshaw suffered a concussion in a warm-up mishap before a Sheffield Shield match for Queensland in March and was subbed out of the game.

He was also withdrawn from a 2017 Test against Pakistan in Sydney having been hit while fielding just days after being struck by a bouncer when batting.

"He's okay," Finch told reporters. "It was a pretty heavy knock to the head there.

"He's been with the medical staff all afternoon but he seems in really good spirits. He's confident that his headaches are subsiding pretty quickly."

The Renshaw blow soured an otherwise positive day for Australia's batsmen with Finch, Shaun Marsh and younger brother Mitchell all spending valuable time in the middle as the tourists moved to 207 for two at the close of the second day's play, in reply to 278.

One-day specialist Finch, hoping to make his Test debut after his surprise selection in Tim Paine's squad, scored 54 in an 82-run opening stand with Usman Khawaja, while number three Shaun Marsh and Mitchell were unbeaten on 54 and 53 respectively.

"It was nice to get out in the middle after training away for the best part of a week and doing the hard yards," said 31-year-old Finch.

"It's still about playing my natural game which is quite aggressive generally."