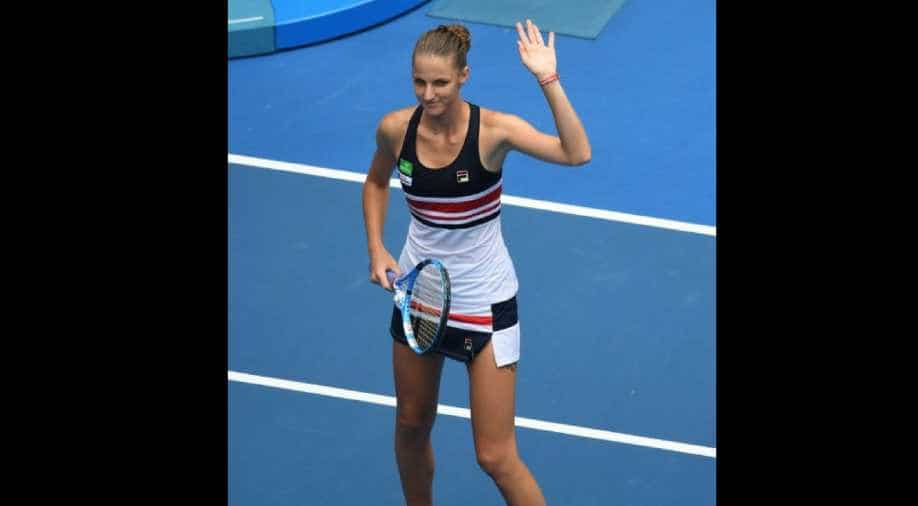 Sixth seed Pliskova will face top-ranked Simona Halep for a place in the semis after coming through the late night match at Rod Laver Arena.

"In the first set it was very close so I knew I needed to step up," said Pliskova, who reached her second last eight at the Australian Open. "I needed to play more aggressive."

The contrast between the two Czech women is striking.

Tattoed Pliskova, 24, stands 1.86 metres tall (6ft 1in) and used her height to serve more aces than any other player on the WTA Tour last year.

Veteran Strycova, 31, is just 1.64 metres (5ft 4 1/2in) and scampers around the court sliding and diving to retrieve balls other players would have given up.

But there was nothing to separate them in the first set where neither's serve could be broken.

In the tiebreak, Pliskova netted a backhand on Strycova's second set point to concede it 7-5 after 69 minutes of attritional tennis.

It served to fire up Pliskova who made the first service break in the first game of the second set and began to negate Strycova's all-action approach before securing the set 6-3.

"The quick break at the start of the second set helped me," said Pliskova.

As the clock ticked past 1:00 am in Melbourne it was Pliskova who made the move, going up 3-1 in the decider as Strycova's first serve deserted her, and she secured a date with the world number one.

"The last we played in Paris I think it was very close," Pliskova said of the prospects of meeting Halep for a place in the semi-final