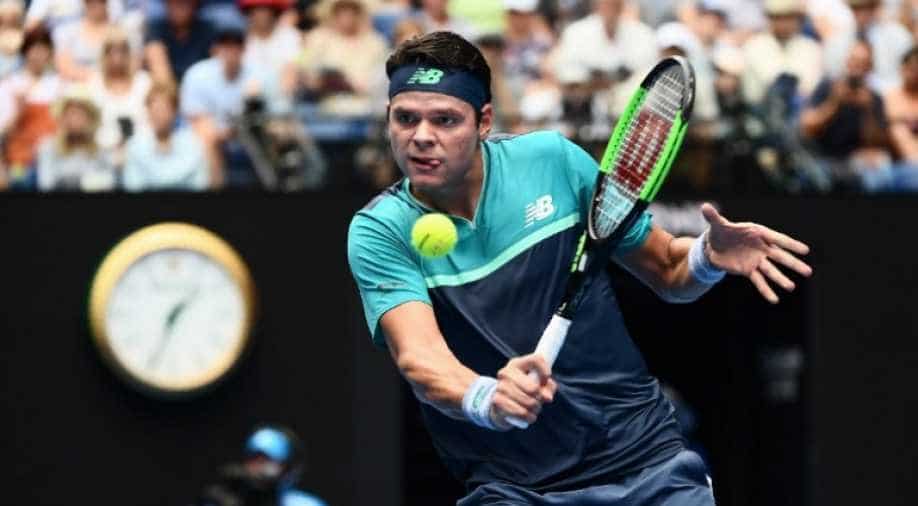 Raonic will face South Korea's Hyung Cheon or Pierre-Hugues Herbert of France in the third round.

Stan Wawrinka lost to 16th seed Milos Raonic in the second round of Australian Open on Thursday at Rod Laver Arena.

Raonic, who got to the Australian Open semi-finals in 2016 before losing to Andy Murray, will face South Korea's Hyung Cheon or Pierre-Hugues Herbert of France in the third round.

The 28-year-old Raonic battled for 2️4️1️ minutes, the longest match has ever played and won in his career, in the tightest of second-round battles.

"It's sort of the heat of the battle, the adrenaline takes over."

And what a battle that was! @milosraonic improves his H2H vs. Wawrinka to 3-4. #AusOpen pic.twitter.com/PmdHonsslF

The reserved Canadian raised his fists in triumph after his Swiss opponent misfired on his forehand on match point.