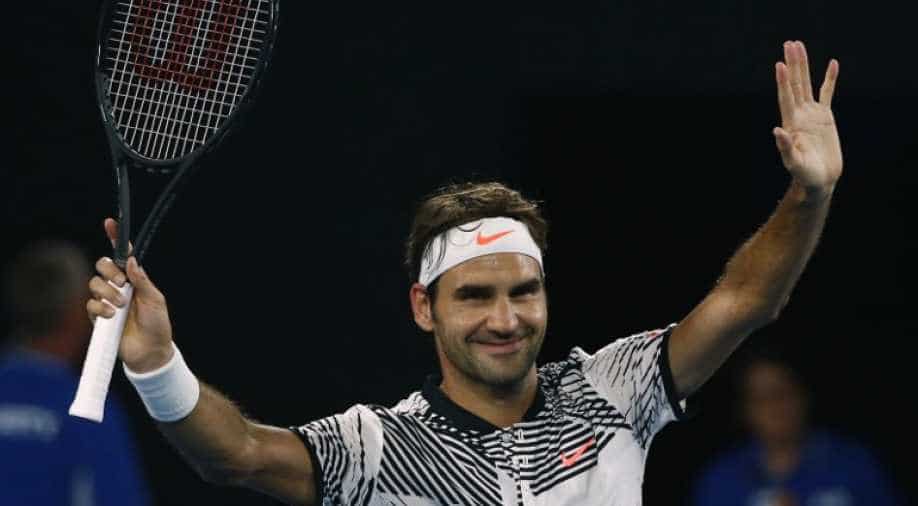 Roger Federer made a winning return to competitive tennis after six months out of the game, thrilling a packed Rod Laver Arena as he beat Austrian qualifier Juergen Melzer 7-5 3-6 6-2 6-2 to reach the Australian Open second round.

The 35-year-old Swiss had to battle hard throughout the two-hour contest and only really eased clear of his dogged opponent when the Austrian tired in the final set. Federer who has returned after a long absence due to a knee injury, made 36 unforced errors but there were also plenty of reminders of the brilliant skills that have won him 17 grand slam titles, four at Melbourne Park.

Seeded 17th, Federer has tougher battles ahead if he makes it through to the second week of the tournament but will next pit his skills against American qualifier Noah Rubin in the next round.

In another match, Rafael Nadal avoided the embarrassment of another back-to-back first-round exit at the Australian Open ramping up his serve and rattling off 39 winners to beat Florian Mayer 6-3 6-4 6-1 at the Rod Laver Arena. The 2009 champion, seeded ninth after a disappointing injury-disrupted 2016 season, grasped his chances ruthlessly to overcome the German in a little over two hours in the afternoon heat at Melbourne Park.

A single break in each of the first two sets followed by some dominant serving was enough to give him a comfortable lead going into the third, which the Spaniard wrapped up with a 25th sizzling forehand winner.

The 14-times Grand Slam champion, who was watched by new coach Carlos Moya, moves on to the second round where he is set to clash against Cyprusfinalist Marcos Baghdatis.

In the women's draw defending champion and top seed Angelique Kerber battled her nerves and faltered badly with victory in sight before finally overcoming Lesia Tsurenko 6-2 5-7 6-2 to reach the second round.
The 28-year-old German was starting the defence of a Grand Slam title for the first time and initially struggled with her serve and the accuracy of her groundstrokes on Rod Laver Arena.

Once she found her range, however, Kerber proved more than a match for world number 51 Tsurenko, who was reduced to scrapping to save her serve and the odd pearl of a consolation point off her rasping backhand.