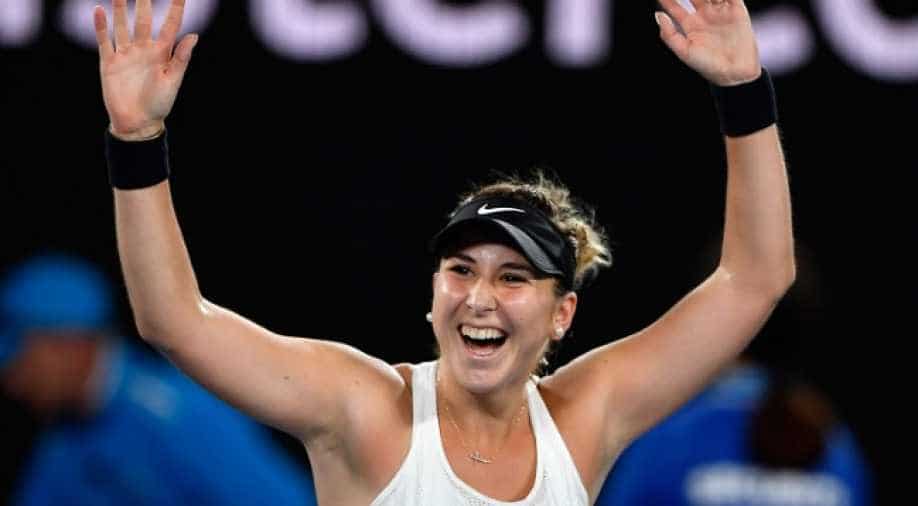 Switzerland's Belinda Bencic celebrates her victory against Venus Williams in the first round match of the Australian Open tennis tournament in Melbourne. Photograph:( AFP )

20-year-old Swiss Belinda Bencic ranked No-78 beat Venus Williams in straight sets in the first round of the Australian Open today.

Venus, 37, who was the finalist last year was beaten by Bencic 6-3, 7-5 in just under two hours at the Rod Laver Arena.

Bencic will meet the winner of Johanna Larsson and Luksika Kumkhum in the next round.

In another match, last year's semi-finalist CoCo Vandeweghe was beaten by Hungary's Timea Babos 7-6 (7/4), 6-2 as Americans continued to bow out of the Australian Open on the first day.

Vandeweghe is the third American to fall on the first day with Venus Williams and US Open Champion Sloane Stephens falling earlier.

"I would like to have played someone easier," said Bencic after beating Venus.

"When I was a little girl watching on TV, I would never imagine I would play them (the Williams)," Bencic said.