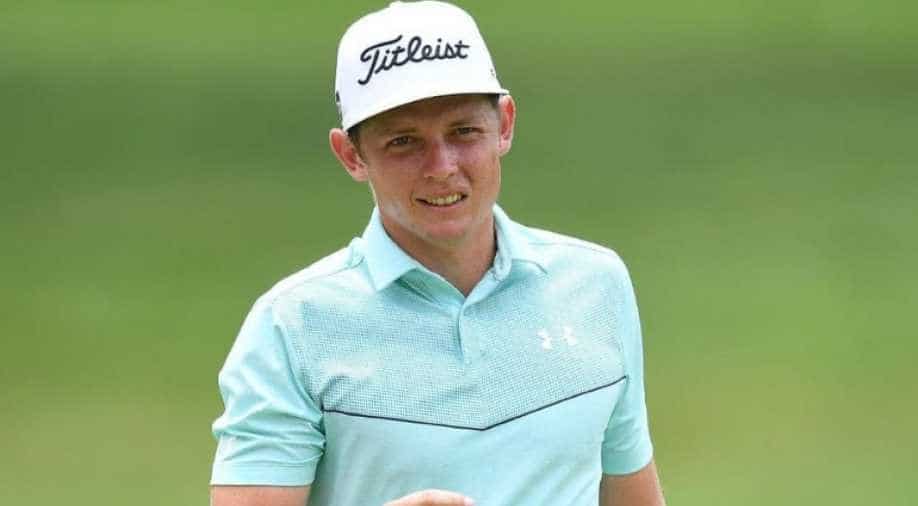 The American pairing of Kyle Stanley and Matt Kuchar are four off the pace in a group of seven nations, including France and Japan

Cameron Smith birdied the 18th to give Australia a share of the lead with England and South Korea on the opening day of the golf World Cup Thursday.

They conquered the Metropolitan Golf Club in Melbourne with 10-under par 62s in opening fourball action, with Malaysia, Belgium and defending champions Denmark a stroke further back.

The American pairing of Kyle Stanley and Matt Kuchar are four off the pace in a group of seven nations, including France and Japan.

Smith and partner Mark Leishman were among the favourites coming into the US$7 million tournament and they lived up to expectations in blustery conditions, although forecast storms held off.

"I think we just combined really well," Smith said at the 28-team tournament.

"Leish was saying once one of us was in trouble, the other just had to hit the centre of the green and give ourselves a birdie opportunity from 20 or 30 feet. We both played really well all day and just kept being smart."

It looked like the rival sporting nations would be playing together in the second-round foursomes, but a late charge by the impressive South Korean team of An Byeong-hun and Kim Si-woo vaulted them into a share of the lead.

Australia will instead tee-off on Friday with Malaysian duo Gavin Green and Ben Leong, who combined for two eagles and five birdies.

"It was good team golf really. I think it was just solid all around," said Green.

"The holes I birdied, he didn't birdie, so we always had alternate holes, which we did well on and it is a good thing especially in this format."

England sunk 10 birdies, and Poulter, a team event veteran, said it was crucial to do so in the fourball format to get into a good position.

In fourballs, or better ball, both players have a ball but only the better score counts for each hole. In foursomes, or alternate shot, teammates take it in turns to play the same ball.

"Foursomes (the second and fourth rounds) is a completely different game," Poulter said.

"You need to put the ball in play and if we get blustery weather, it's going to be tricky.

"Foursomes is the day when you can take yourself out of the tournament pretty quickly. The tournament will be won or lost on Friday and Sunday in the foursomes rounds."

Hatton said Poulter saved the team on the back nine, with his putting helping them drop six birdies to come home in 30, two better than the Australians could muster on the homeward stretch.

"It was a frustrating back nine for me. I was pretty disappointed. I was fortunate to have Ian by my side," Hatton said. "He played great today and we are in a great position with three days to go."