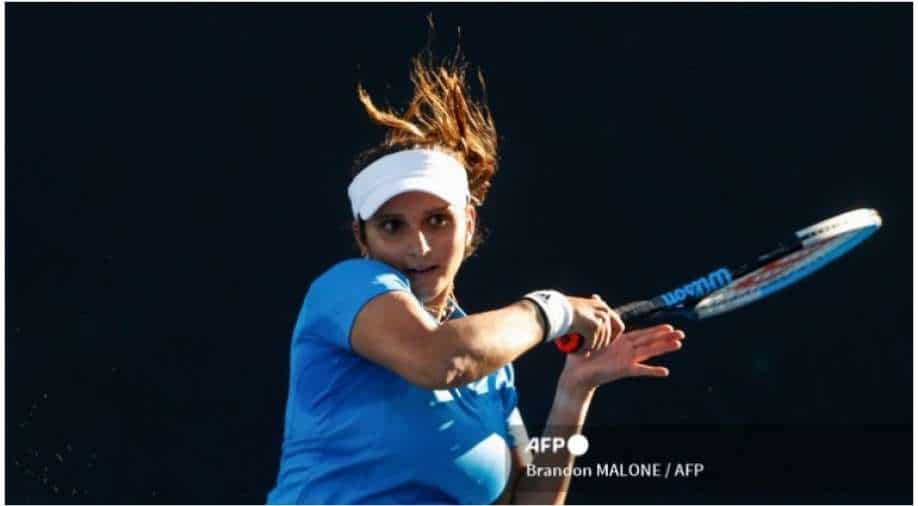 Sania Mirza playing her last Australian Open looked in good form and so did her partner Rajeev Ram, who is currently ranked world number four.

The Indo-American pair of Sania Mirza- Rajeev Ram beat the Serbian pair of Aleksandra Krunic-Nikola Cacic 6-3, 7-6 (7-3) in the first round of the mixed doubles here at court no.12.

Sania Mirza playing her last Australian Open looked in good form and so did her partner Rajeev Ram, who is currently ranked world number four.

Rajeev Ram served to perfection to win the opening game comfortably and so did Sania Mirza. In the fourth game of the match the Indo-American pair broke the service of Krunic-Cacic to take a crucial 3-1 lead in the first set.

Read Also | Sania Mirza to hang up her boots: Here's how much money Indian star has earned in her illustrious career

Mirza and Ram held on to their serves to clinch the opening set 6-3.Unlike the first set, the second set turned out to be a very close encounter as both the pairs served well and did not allow each other to get a break.

In the entire match both Sania Mirza and Rajeev Ram were not even broken once. With this straight sets win Mirza-Ram pair enter the second round of mixed doubles.

Sania Mirza, who lost in the opening round of women`s doubles, has announced that this will be her last season and after that she will retire from tennis.