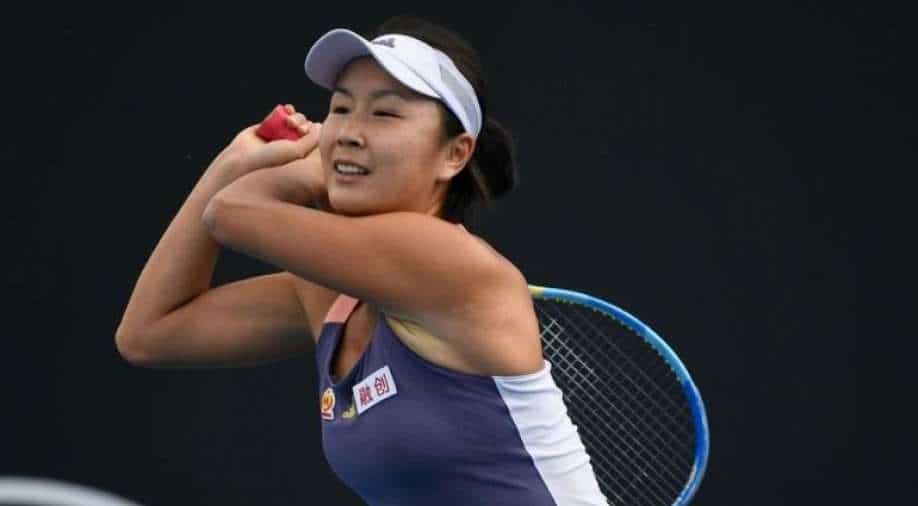 This is a file photo of Peng Shuai. Photograph:( AFP )

ATP chairman Andrea Gaudenzi urged for a line of open and direct communication between Chinese tennis player Peng Shuai and the Women's Tennis Association (WTA) in order to establish a clearer picture of her situation. WTA has suspended all tournaments in China over concerns related to the safety and well-being of the tennis star.

Soon after that, the International Olympic Committee (IOC) announced on Thursday (December 2) that it had held a second video conference call with the Chinese tennis player, who remained in the global headlines last month when she went 'missing' after she alleged that a powerful Chinese politician sexually assaulted her.

In a statement, ATP chairman Gaudenzi wrote: "The situation involving Peng Shuai continues to raise serious concerns within and beyond our sport. The response to those concerns has so far fallen short. We again urge for a line of open direct communication between the player and the WTA in order to establish a clearer picture of her situation."

The statement added: "We know that sport can have a positive influence on society and generally believe that having a global presence gives us the best chance of creating opportunity and making an impact. We will continue to consult with our members and monitor any developments as this issue evolves."

The International Tennis Federation (ITF), meanwhile, said they shared the concerns over Peng's well-being. "Peng's accusations must be dealt with," the ITF said in a statement on Thursday.m

In a statement issued by IOC on the official social media handle, they informed that Shuai's safety was "reconfirmed" in the second video call. "Our human and person-centred approach means that we continue to be concerned about her personal situation and will continue to support her," the statement read.

"There are different ways to achieve her well-being and safety. We have taken a very human and person-centred approach to her situation," IOC stated, adding that the committee is addressing these concerns directly with Chinese sports organisations.

"We are using “quiet diplomacy” which, given the circumstances and based on the experience of governments and other organisations, is indicated to be the most promising way to proceed effectively in such humanitarian matters," the statement added.