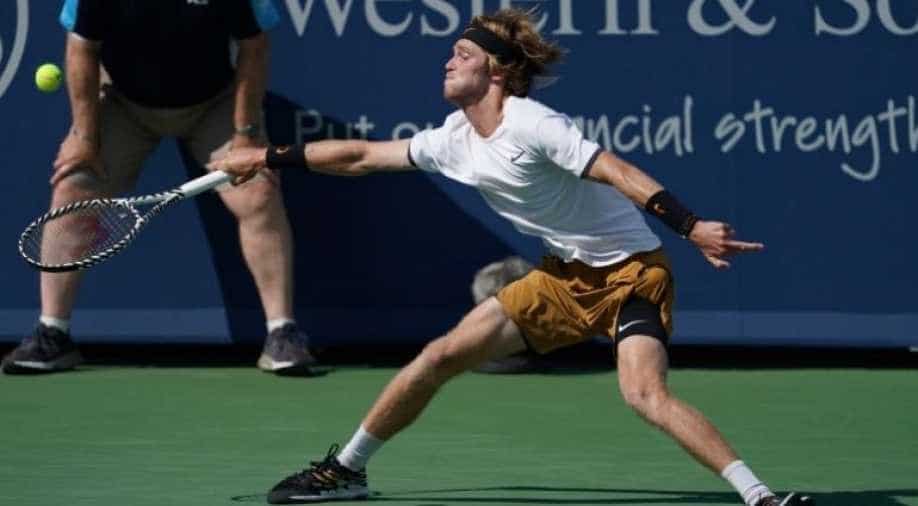 Rublev was already beaten by Nadal and Tsitsipas, however, he won $153,000 bonus for a group stage win.

Rublev was already beaten by Nadal and Tsitsipas, however, he won $153,000 bonus for a group stage win.

World No. 8 Rublev was dominant from the start by taking a 4-0 lead on his way to winning the opening set.

Rublev grabbed an early break in the second set but faltered at 4-3 when a netted forehand allowed Thiem to level.

Austrian world no. 3 Thiem will shrug off the defeat and now has a day off to prepare for Saturday's semi-finals.

Later on, Thursday Nadal faces Tsitsipas with the winner joining Thiem in the semi-finals.

Earlier, Daniil Medvedev shocked Novak Djokovic in straight sets to book a place in the last four at the ATP Finals on Wednesday as former champion Alexander Zverev got his campaign up and running.

The Russian fourth seed went toe to toe with the world number one, winning 6-3, 6-3 in an absorbing, energy-sapping contest at London's empty O2 Arena.