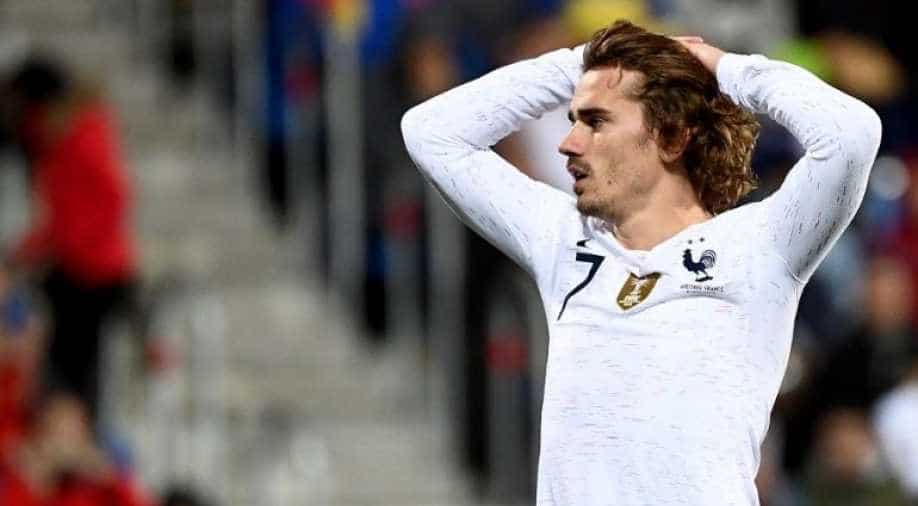 Atletico Madrid have accused Barcelona and Antoine Griezmann of a "lack of respect" after the Catalan giants' president Josep Maria Bartomeu revealed on Friday that the two clubs had held talks about the signing of the France international.

In a statement, the La Liga club confirmed Bartomeu's earlier announcement that there had been a meeting, at Barca's behest, on Thursday to discuss a deal to sign World Cup winner Griezmann, who has a release clause of 120 million euros ($134.6 million) in his contract.

Atletico also said they refused a proposal from Barca that they sign the 28-year-old but delay the payment of the buy-out clause.

"Obviously our response was negative, understanding that both Barcelona and the player have disrespected Atletico Madrid and all its fans," the club said.

The statement also claims that Griezmann had told the club that he had struck a deal with Barcelona in March, just days before the second leg of their Champions League last-16 tie with Juventus, which saw them dumped out by a Cristiano Ronaldo hat-trick after winning the first leg 2-0 in Madrid.

It added, "Atletico Madrid wants to express it's strongest condemnation of the behaviour of both parties, in particular, Barcelona, for having induced the player to break his contractual relationship with us during the moment in which the club was not only playing the Champions League tie with Juventus, but also challenging Barcelona for the La Liga title."

Griezmann - who announced in May that he would be leaving Atletico but could not reveal his destination until his release clause dropped from 200 million euros on July 1 - signed for the capital club from Real Sociedad in 2014 and has since scored 133 goals in 257 appearances for Diego Simeone's men.

He has also netted 29 times in 70 international games for France, winning the 2018 World Cup and claiming the Golden Boot at Euro 2016 as Les Bleus lost in the final on home soil to Portugal.

Barcelona won their second straight La Liga title last season but are looking to reinforce their squad after failing again in their bid for a first Champions League triumph since 2015 - suffering a humiliating loss to Liverpool in the semi-finals having won the first leg 3-0.