At Ronaldo's age it will be difficult for Messi to maintain his goal-scoring level: Robert Lewandowski 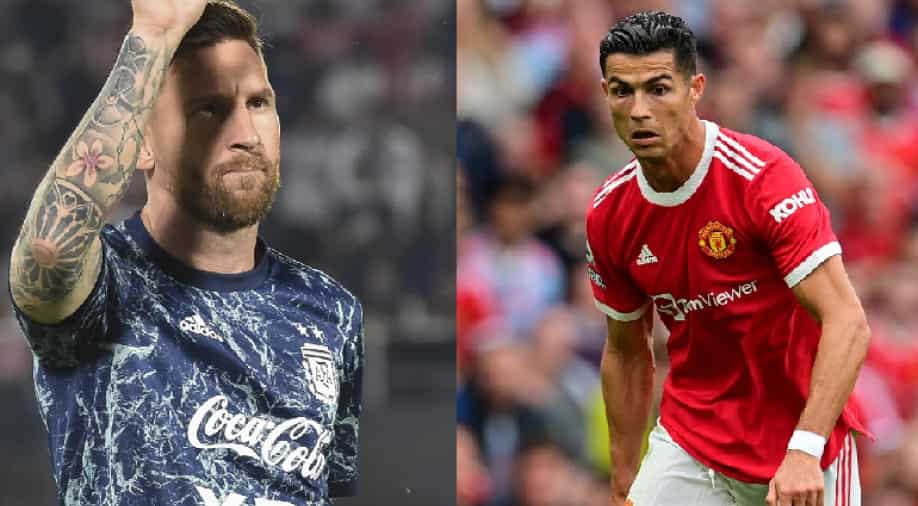 Lewandowski made a bold claim on the longevity of Messi and Ronaldo Photograph:( AFP )

Bayern Munich superstar Robert Lewandowski has made a bold claim on the GOAT debate between Lionel Messi and Cristiano Ronaldo.

Bayern Munich superstar Robert Lewandowski has been a consistent performer for his club and country over the last few years. Lewandowski was recently named the Best Male Player of The Year 2021 in the Best FIFA Awards after yet another brilliant season with Bayern. Lewandowski beat Lionel Messi and Mohamed Salah to claim the top honour, winning it for the second time in a row.

Lewandowski has often earned comparisons with both Messi and Ronaldo with his remarkable goal-scoring exploits. The Polish striker has even managed to outnumber the duo with his goal-scoring but remains a huge admirer of the duo.

He recently gave his take on the rivalry between Messi and Ronaldo and explained why the Argentinian legend might not be able to maintain his goal-scoring level when he reaches Ronaldo's current age. Ronaldo is currently 36 and has remained unstoppable after his return to Manchester United.

While Ronaldo is 2 years older than Messi, he is 3.5 years older than Lewandowski. The Portuguese has managed to continue his goal-scoring exploits even at the age of 36 and is still one of the most prolific goal-scorers in the world.

“Cristiano is three and a half years older than me and still scores a lot. But he changed the club, he changed the tactics and his team is not always successful. When his team regains its balance, he can return to score goals. He used to have great numbers, impossible numbers, today they are ‘just’ very good numbers. Probably he won’t score 60 goals in a year anymore, but with 30 and 40 he still makes a difference,” Lewandowski was quoted as saying by the Polish publication on Ronaldo.

“The expectations on him are quite different. Messi is a different type of player. At Cristiano’s age it will be more difficult for him to stay at his goalscoring level,” he added.

Messi and Ronaldo are two of the greatest footballers of the current era and have been often been pitted against each other for their heroics on the football pitch. Both the players share a stunning 13 Ballon d'Or awards between them and have been on top of their game for almost two decades now.