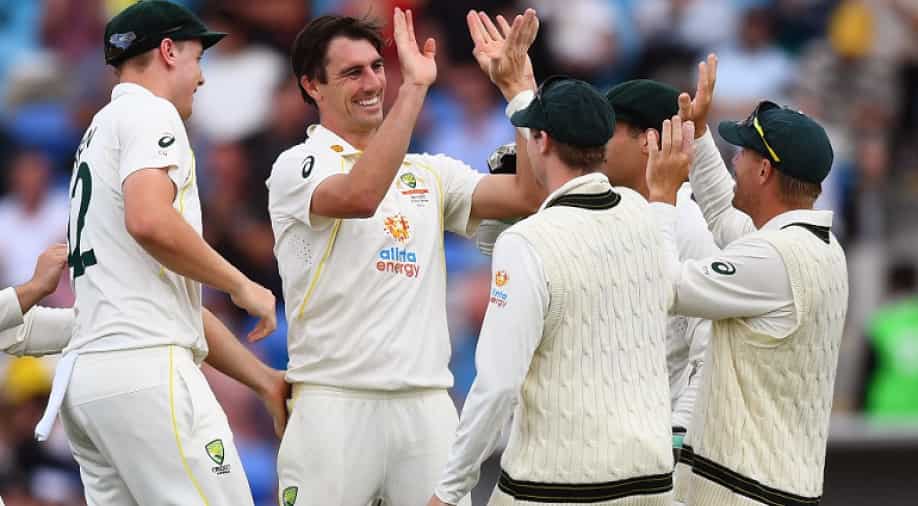 Australia bowled out England for 188 runs in the 1st innings of 5th Test. Photograph:( AFP )

After gaining a lead of 115, Australia got off to a dreadful start as the hosts lost David Warner (0) on the third ball of the second innings. The left-handed batter was sent back to the pavilion by his arch-nemesis Stuart Broad. Soon after, Marnus Labuschagne (5) was dismissed by Chris Woakes, reducing Australia to 5/2 in the fourth over.

On the cusp of stumps on Day 2, Mark Wood got the better of Usman Khawaja (11), and in the end, Smith and Boland ensured that Australia does not lose more wickets before stumps.

Earlier, resuming the third and final session at 124/6, Sam Billings and Chris Woakes added 28 more runs to the total before Cameron Green dismissed Billings (29) in the 42nd over of the innings. Mark Wood then joined Woakes in the middle and the duo scored runs at a brisk pace.

Both Wood and Woakes put on 30 runs for the eighth wicket, but the partnership was broken by Mitchell Starc as the left-arm pacer had Woakes (36) caught down the leg-side at the hands of the wicketkeeper Alex Carey, reducing England to 182/8.

In the very same over, Starc bowled Stuart Broad (0) and England was on the cusp of being bowled out. In the end, the Three Lions were bowled out for 188, handing Australia a lead of 115 runs. Pat Cummins returned with four wickets for the hosts.