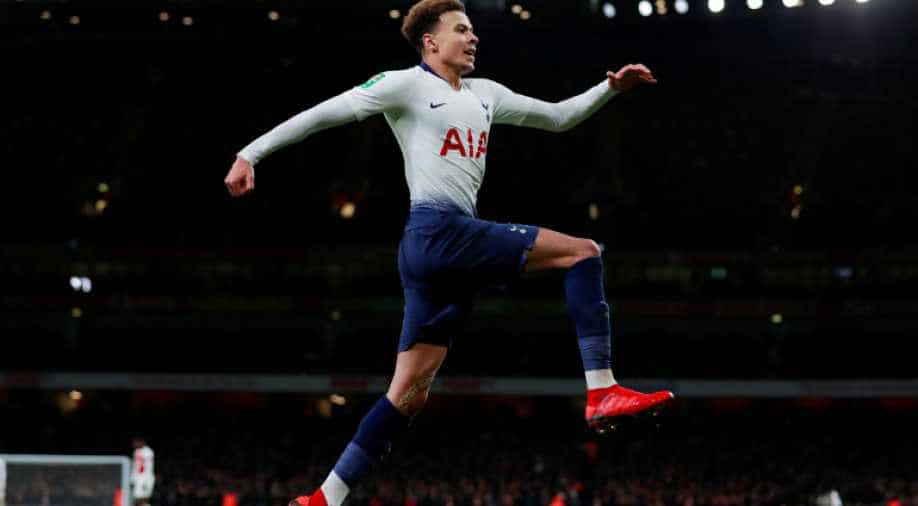 The England midfielder was hit on the head as he took a throw-in in the second half.

Arsenal said Thursday they have identified a man they suspect of throwing a plastic bottle at Tottenham's Dele Alli during Spurs' 2-0 League Cup quarter-final victory over their bitter North London rivals.

The England midfielder - who scored a delightful goal to put Spurs 2-0 up at the Emirates - was hit on the head as he took a throw-in in the second half.

Arsenal said in a statement that the club had been "embarrassed" by the incident, promising the individual concerned would face a lengthy ban.

The club statement said that the suspect left the stadium immediately after throwing the bottle at Alli in the 73rd minute of the match but an image of him has been found by analysing CCTV footage of the crowd.

"We are liaising with the Metropolitan Police and investigations continue in order to apprehend the culprit," the club added.

Tottenham manager Mauricio Pochettino praised 22-year-old Alli for the control he showed during the incident.

"It was an amazing reaction," he told reporters on Thursday.

"In another country the player was going to be down on the pitch. Dele behaved really well. Arsenal should be grateful to him because the player could have gone down and created a massive problem."

And the Spurs boss said he did not think Arsenal should be punished.

Earlier this week a Tottenham fan was handed a four-year football banning order after throwing a banana skin towards Arsenal's Pierre-Emerick Aubameyang when the teams met in an acrimonious clash at the Emirates on December 2.

Arsenal and Tottenham have both been fined by the Football Association for failing to control their players in that Premier League derby, which Arsenal won 4-2.

Both sets of players were involved in a fracas after Eric Dier celebrated his goal in front of Arsenal's substitutes.