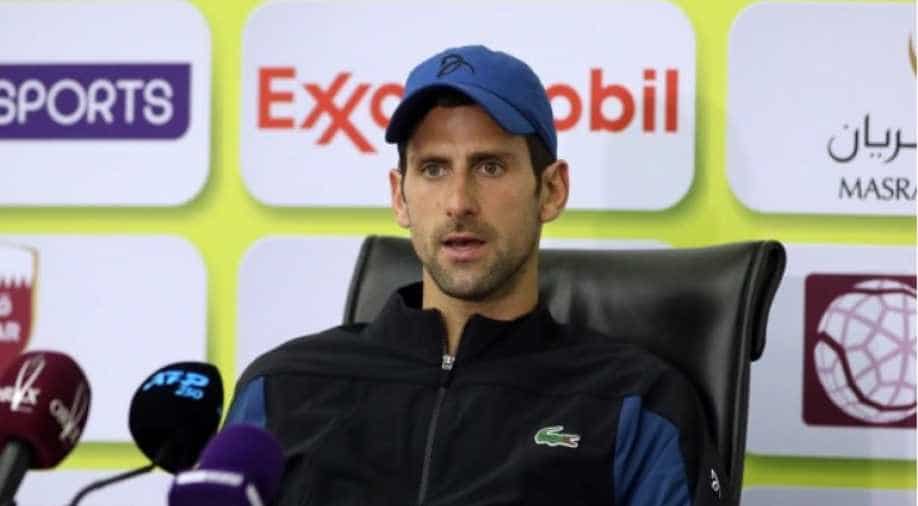 Djokovic paid tribute to his long-time rival Murray while speaking at a press conference ahead of this year's first Grand Slam, Australian Open.

World number one Novak Djokovic shared his thought on Andy Murray's confession that the forthcoming Australian Open might be the final event of his career.

Djokovic said, "it's quite a shocker for me, honestly because we're the same age, same generation. It's kind of sad to see what he's been going through in the last couple of years with these injuries."

Talking about Murray's injuries, Novak said, "As someone who has been through a major injury with my elbow in the last couple of years, I can definitely empathize with him and relate to what he's going through. Obviously, probably the extent of his injury is even worse than mine, hips and he had a back surgery and so forth."

The 31-year-old Djokovic paid tribute to his long-time rival Murray while speaking at a press conference ahead of this year's first Grand Slam, Australian Open.

The Serbian tennis star said, "He's a great champion, he's a friend of mine that I grew up with, ever since we were 11, 12 years old we've known each other."

"We've been rivals and we've played some epic matches all over the world so it's kind of sad to know he might play his last Australian Open but I do wish him all the best," he added.