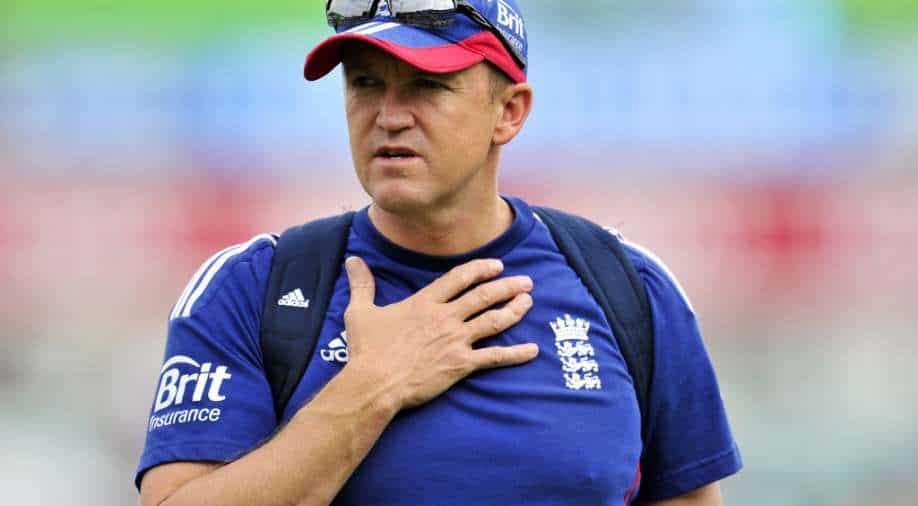 Delhi Bulls, a franchise cricket team in the Abu Dhabi T10 League, has appointed Andy Flower as its head coach for Season 4. Andy replaces Stephen Fleming who had mixed fortunes in his two years as Head Coach. The Bulls management also announced appointments of Azhar Mahmood and James Foster as assistants to Andy.

Delhi Bulls, a franchise cricket team in the Abu Dhabi T10 League, has appointed Andy Flower as its head coach for Season 4. Andy replaces Stephen Fleming who had mixed fortunes in his two years as Head Coach. The Bulls management also announced appointments of Azhar Mahmood and James Foster as assistants to Andy.

Andy Flower has had an illustrious cricketing career, and the records show why he is known as one of the best cricketing captains Zimbabwe ever produced. Besides his phenomenal batting achievements, Andy has donned the coach’s hat numerous times with resounding success, including England’s Ashes victory in 2013, coaching the winning team in the Abu Dhabi T10 league in 2019, and several other cricket franchises in the shorter format of the game.

ALSO READ: 'My personality is the representation of a new India': Virat Kohli

Speaking about the new appointment, Neelesh Bhatnagar, Owner of Delhi Bulls, said “Whilst we thank Stephen Fleming for his contribution to the franchise, the time was right to change strategies and move in a new direction. The years of expertise and the continued success of Andy Flower could make all the difference this year, and we couldn’t be more excited to have him on board. We have had some good players represent our franchise over the years, but we simply need to find the right rhythm, mix of skills sets, and player combinations to win games. Andy will be visiting Abu Dhabi to participate in the draft, playing a significant role in choosing the right team.”

With a new and dynamic coaching setup, the Bulls signed the fierce West Indian all-rounder and ‘Icon player’ Dwayne Bravo, who will also don the captain's hat. He is accompanied by Evin Lewis as the other new signing. Key members of their squad from last season that have been retained are; West-Indian batsman Sherfane Rutherford, U.S. pacer Ali Khan, Afghan top-order batsman and bowler Mohammad Nabi, and Sri Lankan speedster DushmanthaChameera.

Speaking on his new role, Andy Flower, Head Coach of Delhi Bulls, said “I am excited to join this franchise and work closely with Neelesh and rest of the team. This is an exciting new format that has been well accepted by the players and fans alike. I had a great time in this tournament last year and I am looking to use that experience to help the Bulls achieve success. We have retained experienced as well as young players who will play a big role in this team’s fortunes. But the aim now is to look towards the main draft to secure our primary targets and create a dynamic squad to play under The Champion Bravo.”

The tournament was earlier scheduled for the 19th to 28th of November, 2020. Owing to the COVID-19 pandemic and its impact on all sporting events, the league was rescheduled to fit the January-February timeline. The tournament’s format will be a round-robin event with each team playing off the other, followed by the playoffs and final.

The Main Draft is scheduled to be held on 23rd December 2020 and can be viewed live on the Sony Network.