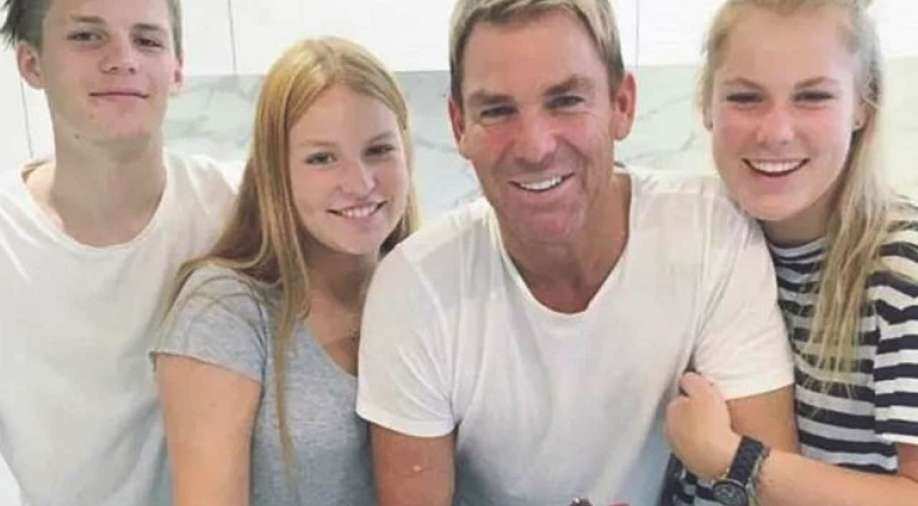 Warne died of a suspected heart attack at the age of 52 on Friday. Photograph:( Twitter )

Shane Warne's family expressed their sorrow and shock on Monday at the sudden death of the Australian cricket great and paid tribute to the leg-spinner.

Shane Warne's family expressed their sorrow and shock on Monday at the sudden death of the Australian cricket great and paid tribute to the leg-spinner, in their first public comments since his demise last week.

One of the finest bowlers of all time whose talent and personality transcended cricket, Warne died of a suspected heart attack at the age of 52 on Friday, a day after arriving on Thailand's island of Koh Samui for a vacation.

Warne's brother Jason spoke of watching cricket games at the Melbourne Cricket Ground with the spinner in their youth, and highlighted the achievements of Warne, who took 708 test wickets over the course of a storied career.

"I remember catching the train into the MCG in 1982, sitting in the front row of the Great Southern Stand with our fingers crossed the great Allan Border and Jeff Thomson would get the runs needed to beat England," Jason said.

"Who would have thought he would have such a huge impact at the ground in the years to come and that very stand being renamed in his honour? Amazing life. Amazing guy."

Warne had his three children Jackson, Summer and Brooke with Simone Callahan, to whom he was married for 10 years until they divorced in 2005.

"Dad, this doesn't feel real and doesn't make sense that you are not here with us anymore," Warne's daughter Brooke said in a statement. "It doesn't feel right, you were taken away too soon and life is so cruel.

"I will forever cherish our final memories together laughing and joking around with each other."

"I don't think anything is ever going to fill the void you have left in my heart," son Jackson said.

"Sitting at the poker table, walking around the golf course, watching the Saints and eating pizza is never going to be the same."

Well-wishers left tributes of flowers, flags, an Australian sports shirt, a can of beans and a packet of cigarettes outside the villa on the northeast coast of Koh Samui where Warne was found unconscious.

"To find words to adequately express our sadness is an impossible task for us and looking to a future without Shane is inconceivable," Warne`s parents, Keith and Brigitte said.

"Brigitte and I are most grateful for the many messages of love and support received over the past few days and thank one and all for their kind words of comfort."