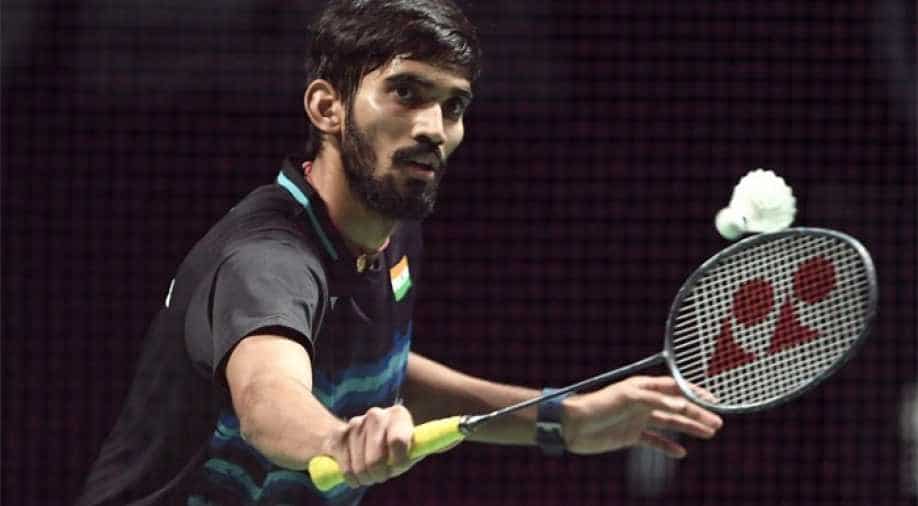 The Badminton World Federation (BWF) is trying out a fixed service rule in all the top tournaments this year. Photograph:( Zee News Network )

Kidambi Srikanth expressed disappointment after being called for a series of what he termed as ridiculous service faults during his pre-quarterfinal match against China's Huang Yuxiang at the All England Championships.

“There were too many service faults in the opening game. I didn’t expect that to happen. Yesterday I didn’t get even one, today it was totally changed. That should not happen in a tournament,” Srikanth said after the match.

“There should be a specific rule. The umpire couldn’t find faults yesterday but today the umpire sitting there found too many faults. It is ridiculous,” he added.

The Badminton World Federation (BWF) is trying out a fixed service rule in all the top tournaments this year.

According to the law, the whole shuttle shall be below 1.15 meters from the surface of the court at the instant of being hit by the server's racket.

It was first introduced at the German Open early this month and was criticised by India's doubles specialist N Sikki Reddy, who posted a video on twitter of the controversial calls made by the service judge using the new rule.

This is how BWF and service judges have been playing with our career Looks like they don't really care about our years of struggle and hard work to achieve our goals.
( Not even 1 out of 100 will agree that these are fault serves ) pic.twitter.com/kN8dwIpKDX

The service rule has been lambasted by all top players, including P V Sindhu, Lin Dan, Lee Chong Wei, Viktor Axelsen and prominent coaches such as Indias P Gopichand and Denmarks Kenneth Jonassen, who described it discriminating against tall players.