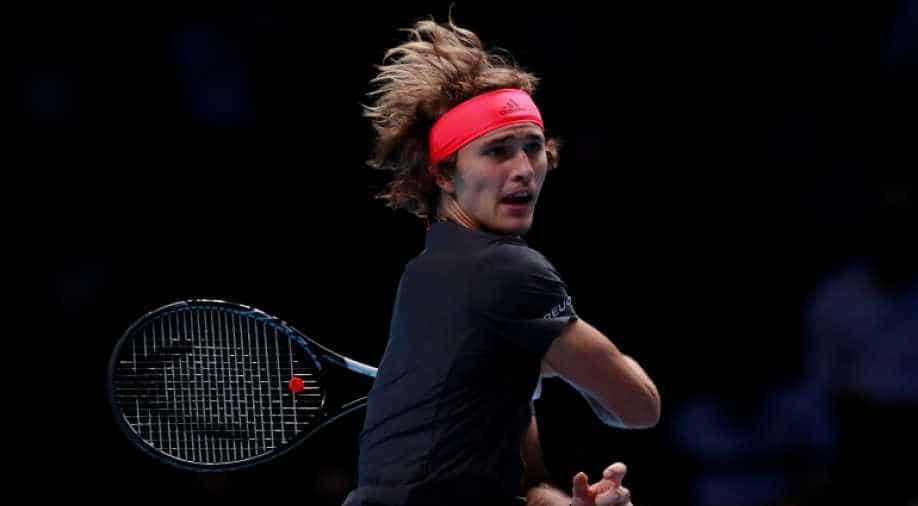 Zverev has proved repeatedly he has the weapons to upset titans like Roger Federer and Novak Djokovic but has only a solitary quarter-final appearance at the Grand Slams to his credit, at last year's French Open.

Alexander Zverev believes finding the joy in playing on the biggest stages will be key to his hopes of a Grand Slam breakthrough at the Australian Open after struggling with the pressure of being branded the next big thing of men's tennis.

The 21-year-old has proved repeatedly he has the weapons to upset titans like Roger Federer and Novak Djokovic but has only a solitary quarter-final appearance at the Grand Slams to his credit, at last year's French Open.

Wielding a monster serve and renowned as one of the game's purest shot-makers, the German is still regarded as the most capable of the next generation of players to break the Grand Slam cartel of the old guard.

But he admits he will need a change of mindset when he marches out onto the blue hardcourts at Melbourne Park and play with the same freedom that saw him claim his maiden ATP Tour Finals crown at the end of the 2018 season.

"Look, I always enjoy playing," he told reporters on Saturday.

"I always enjoy competing, playing the sport that I love. There's always a lot of pressure to it, always the question of: 'When are you going to win a Grand Slam?

"I came to London before, and I wasn't playing my best ... I really wasn't playing well. I came to London saying, 'Look, it's the last tournament of the year, we're all tired, you want to go on holidays. I want to enjoy it as much as I can. I'm playing the best players in the world, I'm going to see how it goes.'

"At the end of the week, I won the tournament. I kind of learned out of that. I kind of figured out I have to have the same mentality when I play at slams. I hope I can achieve that."

Zverev has never made the second week at Melbourne Park and there was little joy in his third round exit last year.

After trading blows in a tense 'Next Gen' duel with South Korean semi-finalist Chung Hyeon, he cracked under pressure in the fourth set and was bageled in the last.

Zverev is now coached by Ivan Lendl, who helped Andy Murray break his long drought at Grand Slams, and has already credited him for helping raise his game.

He has not had an ideal preparation for Melbourne, however, and comes into the tournament without a competitive match under his belt since the November Tour Finals.

He was forced to pull out of the World Tennis Challenge exhibition in Adelaide last week and rolled his ankle during practice at Melbourne Park on Thursday.

He said the ankle had still not completely healed but did not feel it would affect his tournament ahead of a first round match against unseeded Slovene Aljaz Bedene.

"It's just a little bit swollen. I didn't actually twist

"I just kind of went over it a little bit. You know, actually what happened was a bone pushed against another bone.

"I'm fine. I'm going to play with the tape. It's just a little bit uncomfortable, but it's nothing that can get worse or anything like that. I'm actually quite relaxed about it."