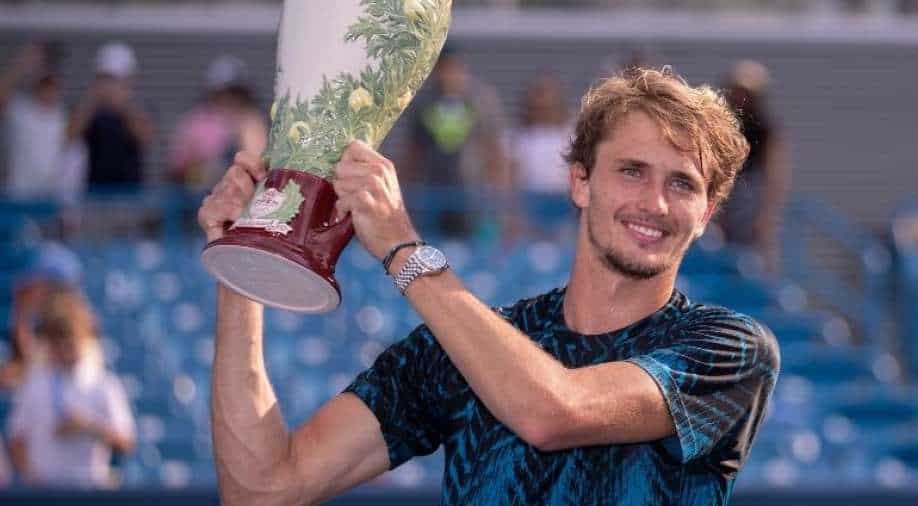 The third-seeded Zverev, ranked number five in the world, won his 17th career singles title, his fifth title at the ATP Masters 1000 level, and his fourth event of the season.

Germany's Alexander Zverev took down Andrey Rublev of Russia 6-2, 6-3 in just 59 minutes on Sunday (August 22) to win the Western & Southern Open in Ohio.

The third-seeded Zverev, ranked number five in the world, won his 17th career singles title, his fifth title at the ATP Masters 1000 level, and his fourth event of the season.

The victory follows on the heels of his men's singles gold medal at the Tokyo Olympics. He had never won a match at the Cincinnati event until this year.

Zverev won 26 of 28 first-serve points and converted five break points in 10 opportunities. He now has an 11-match winning streak going just one week before the final grand slam of the season in New York City.

The fourth-seeded Rublev tried to put up a fight, smashing 11 aces without committing a single double fault but is still seeking his first ATP Masters 1000 title.

Zverev broke Rublev's serve in the first and third games of the match en route to a 4-0 first-set lead. Rublev would go on to save Zverev's first set-point opportunity and tie the game 40-40, but Zverev pushed through with consecutive points to finish the set. He again broke Rublev to open the second set and encountered little trouble the rest of the way.

Zverev also won in Madrid and Acapulco earlier in the season before earning gold in Tokyo, where he took down Novak Djokovic, who was striving for a "golden slam" of four Grand Slams plus Olympic gold in a single year.