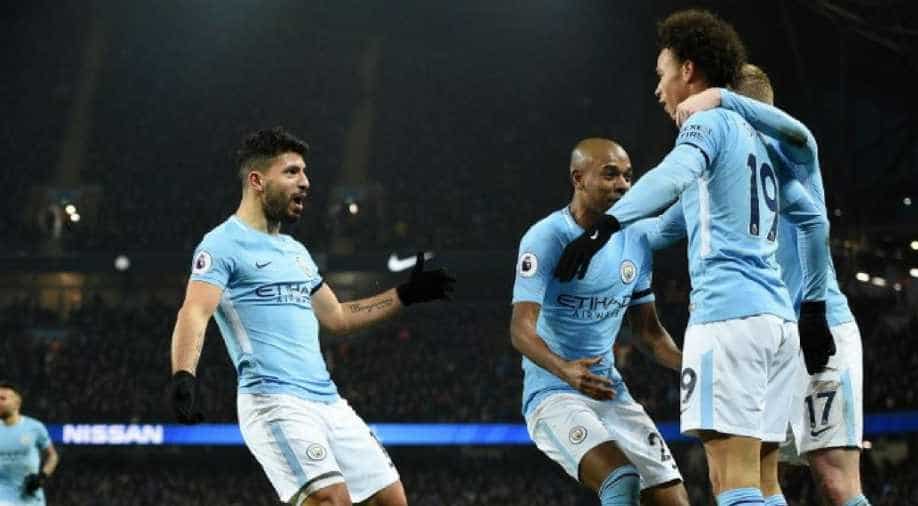 It was back to thrilling business as usual for Manchester City on Saturday as Sergio Aguero's hat-trick helped the Premier League leaders to a 3-1 victory over abject Newcastle United at the Etihad Stadium.

Pep Guardiola demanded a response from his table-toppers following the 4-3 loss to Liverpool last Sunday that ended their unbeaten start to the league season.

The City manager got just that as the hosts dominated, despite Newcastle making it interesting for a while in the second half thanks to Jacob Murphy's fine finish.

The city is again 12 points clear of second-placed Manchester United thanks to a ruthless performance capped by the brilliant Aguero, their all-time leading scorer, whose 11th hat-trick for the club took his tally for the season to 22 goals.

Back on track ????#cityvnufc highlights...

Newcastle's supporters must look at City and wonder how close they are to getting their own rich new owners after a week in which a potential takeover of the club by British businesswoman Amanda Staveley was branded "frustrating and a complete waste of time" by owner Mike Ashley.

With Newcastle suffering from a lack of investment and hovering at the wrong end of the table, this contest was never going to be a comfortable one for Rafa Benitez's visitors, especially as the gifted David Silva returned for City after overcoming a stomach complaint.

Yet Newcastle still looked sharper at the start as Christian Atsu snatched at a great chance just 90 seconds in, failing to connect properly when well positioned on the penalty spot.

City then began to dictate the match and John Stones went close for the hosts, poking just wide after an intelligent ball from Silva inside the area.