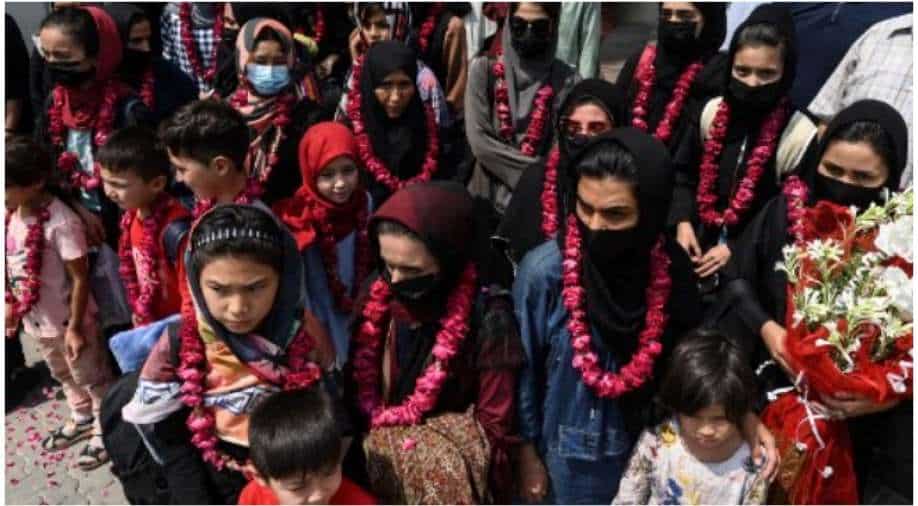 Afghanistan crisis: As many as 81 people, including female players of several youth teams, their coaches and family members touched down in Pakistan, via the Torkham border. On Thursday (September 16), 34 more are expected to arrive in the country.

Afghanistan’s youth women's football team players, along with their families, have reached the neighbouring country Pakistan and will now look to seek political asylum in third countries amid growing concerns over the status of female athletes under the new Taliban government in Kabul.

Ever since the Taliban outfit took over in Kabul, Afghanistan, they have remained firm on their stance to not allow women athletes to continue with their respective sports, adding to their woes and creating a huge outrage among the sporting fraternity.

As many as 81 people, including female players of several youth teams, their coaches and family members touched down in Pakistan, via the Torkham border. On Thursday (September 16), 34 more are expected to arrive in the country.

"They will go to some other country after 30 days as several international organizations are working towards settling them in any other country, including the UK, US and Australia," said Umar Zia, a senior Pakistan Football Federation official. The team will stay put at the FIFA House, situated inside Gaddafi Sports Complex in Lahore.

For the unversed, even during the earlier Taliban rule -- from 1996 to 2001 -- women were kept behind and not allowed to take part in work and education whereas girls were banned to attend school. Hence, sports was also out of reach for the female athletes and everything remains the same this time around as well.

Recently, a Taliban representative told Australian broadcaster SBS on why the Afghan women's cricket team won't be allowed to take part in their sport, whereas the men's cricket team have their full support. "Islam and the Islamic Emirate do not allow women to play cricket or play the kind of sports where they get exposed," SBS quoted the deputy head of the Taliban's cultural commission, Ahmadullah Wasiq, as saying.

Given the stance of the Taliban government, the female athletes still confined in Kabul remain clueless about their future amid the huge unrest in their homeland. While the women's football team has started the procedure to leave their home country, the next move of the Afghan female cricket team is awaited as Taliban regime remains firm on their decision and isn't willing to sympathise with them at any cost.