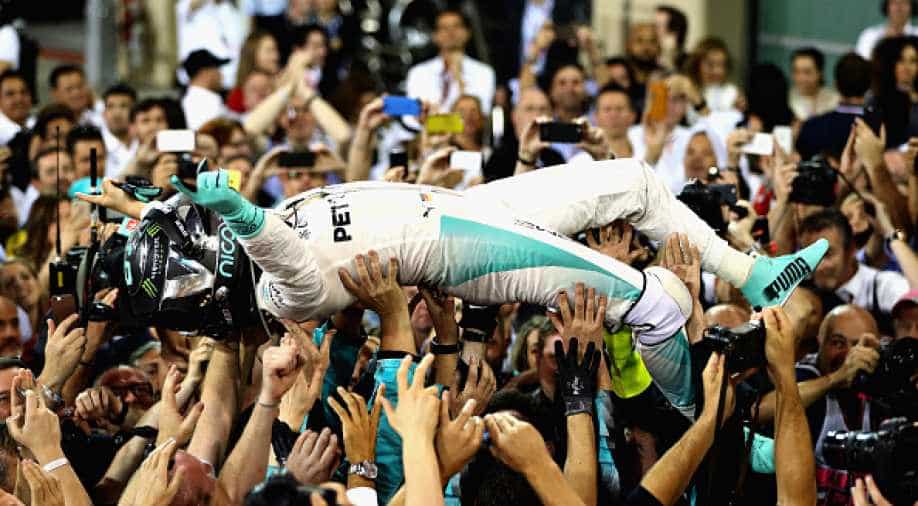 Nico Rosberg realised a dream and silenced his critics Sunday when he emulated his father Keke’s achievement and claimed his maiden Formula One drivers’ championship.

But by beating his Mercedes team-mate and three-time champion Lewis Hamilton the usually-reserved Rosberg did far more than that.

In addition to persuading F1’s veteran commercial ring-master Bernie Ecclestone to "eat his words" after saying that a Rosberg title win would be bad for business, he left several other pundits chewing furiously.

His father famously won only one race in his 1992 title triumph and a career total of five, but Rosberg swept to the title with nine wins this year.

It was emphatic proof that, despite all of Hamilton’s reliability problems, he won the title on merit as much through dogged pursuit as a raw talent for speed.

Despite losing to Hamilton in the final race of the season in Abu Dhabi on Sunday, his overall triumph against Hamilton reflected his character -– his refusal to concede, a relentless competitiveness and a cerebral attention to detail.

It also enabled Rosberg to exorcise the demons that appeared to inhabit his intense competition with Hamilton, a relationship which dates back to teenage karting days as team-mates, room-mates and rivals, which has exploded with collisions in the last four years.

In many ways, Rosberg’s success -- and his identity as a champion -- has been defined by his relationship, and differences, with Hamilton.

Born to his Finnish father and German mother Sina in Wiesbaden, Germany, on June 27, 1985, Rosberg has raced for both Finland, briefly in his early career, and Germany. Yet, if anything, he is Monegasque and cosmopolitan.

He is a speaker of five languages with dual nationality from his parents, yet he does not speak Finnish thanks to his father’s decision to bring him up without it.

And, far from having an easy life thanks to inherited wealth and privilege, he has, like Hamilton, always had a sense that he has much to prove.

His father Keke always stressed a need to be prudent.

“I’ve always wanted to achieve things on my own,” he told The Guardian earlier this year. “I hated buying jeans with my dad’s money. I’d buy the minimum for whatever was necessary.

“My mum grew up after the war in Germany and she used to take cigarettes from the floor and smoke the last bit left by American soldiers. They had nothing. She grew up like that.”

Like Hamilton, he was once managed by his father, but no longer.

Rosberg began karting aged six. He and Hamilton met as rivals in 1997 and became team-mates in 2000.

In 2002, he moved to the German Formula BMW championship and won the title.

His rise was a season ahead of Hamilton’s parallel ascent of motor racing’s ladder. As teenage rivals, both dreamt and laughed at the prospect of racing for the F1 world title.

Rosberg arrived in F1, with Williams, via the Formula 3 Euro Series and winning the inaugural GP2 title in 2005. He was partnered with Australian Mark Webber.

Williams had carried his father to the championship. For his son, however, blessed with flaxen hair and an easy charm, it was a harsh school for top-level competition.

The unforgiving Webber dubbed him Britney, after the pop singer Britney Spears. It was a soubriquet that branded Rosberg, only 20, with an image that took time to shake off.

Before joining Williams, he turned down a place at Imperial College, London, to study aeronautical engineering.

After Webber departed to Jaguar, Rosberg grew in confidence and claimed his first podium at the 2008 Australian Grand Prix, sharing the moment with a victorious Hamilton who had arrived in F1 with McLaren a year earlier.

In 2010, he moved to the rebranded Mercedes team created by the German manufacturer’s takeover of the 2009 champions Brawn.

He recorded consistent finishes, mixed with accidents, as team-mate to returning Michael Schumacher before the seven-time champion’s final retirement and the arrival, in 2013, of Hamilton.

Their partnership ignited the team’s current spell of dominance. Though Hamilton beat him to be champion in 2014 and 2015, the methodical Rosberg has become the fourth driver to win the Monaco Grand Prix three times in a row and win seven races in succession.

His championship triumph maintains the virility of his competitive value in combat with Hamilton and caps a happy period in his personal life.

While Hamilton remains single and has a playboy image, Rosberg in 2014 married his childhood sweetheart Vivian Sibold with whom he has a daughter, Alaia, born in August last year.