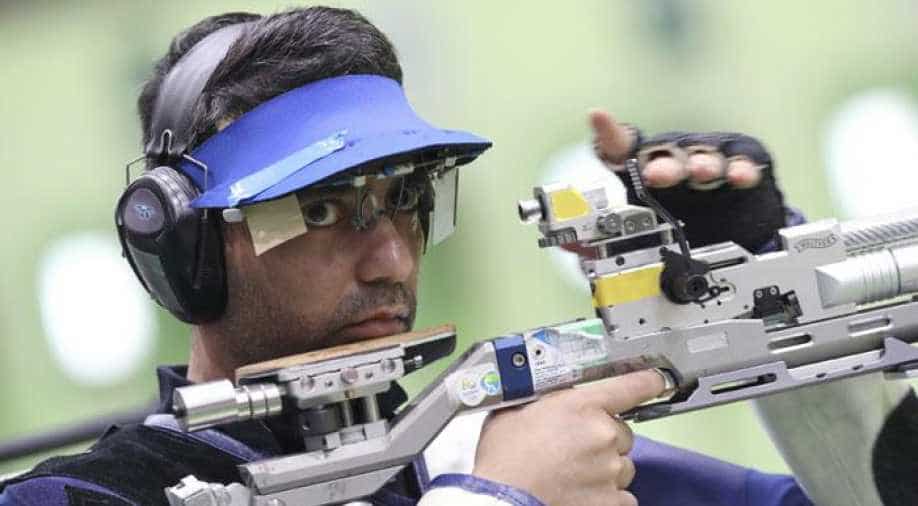 Bindra's resignation has brought down the number of national observers to 9 from the originally appointed 12 Olympians. Photograph:( Zee News Network )

The shooting legend took this decision to avoid any potential 'conflict of interest' charge arising out of his association with private sports projects.

Bindra took to his Twitter account to announce his decision and also posted the letter he wrote to Union Sports Minister Rajyavardhan Singh Rathore.

New years come with exciting new prospects. Will be looking to expand and run @abhinavbindratp centres across the country and make them accessible to our athletes. Will be resigning public posts of Govt Observer shooting and

Chairman TOP Scheme Athlete Identification Committee with immediate effect. I thank the @IndiaSports for the opportunity provided to serve. I will always remain accessible to any fellow athlete and look forward to what 2018 holds.

In his letter, Bindra informed he would be deeply associating himself with private projects while expanding his own 'Abhinav Bindra Targeting Performance' (ABTP) centres across India.

He added it would be prudent on his part to disassociate himself from the two government positions. The Indian shooter further asked the minister to relieve him so that the sanctity of these two posts is retained.

Bindra's resignation has brought down the number of national observers to 9 from the originally appointed 12 Olympians.