A dream run for Iceland, its time for 'Viking war chant' 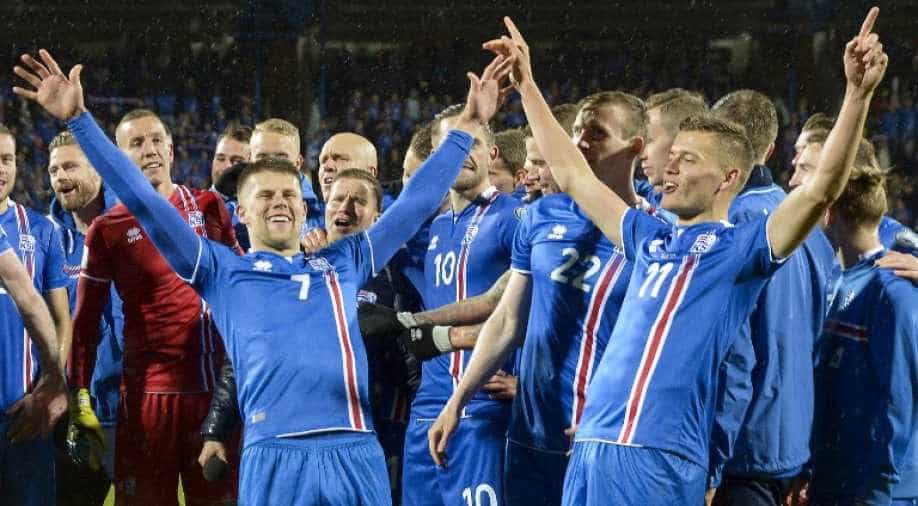 Iceland's starting lineup included four players based in England's second tier, two from the English Premier League, one from Italy's Serie A and one each from the top flights of Denmark, Sweden, Scotland and Russia. Photograph:( AFP )

Iceland the made history as with a population of 334,252, they became the smallest nation to reach the World Cup. It is their debut for the World Cup and they avenged the heartbreak of missing Brazil 2014 by reaching Russia 2018.

Their brilliant performance at Euro Cup 2016 and Iceland's remarkable rise has been rewarded as they surprised everyone by qualifying for the World Cup along with some big guns like Germany, France, Spain from Europe.

They reached the quarter-finals of Euro Cup having beaten England by 2-1 that made Roy Hodgson quit as England manager after the humiliating defeat.

Sigurdsson also set up the second for Johann Gudmundsson midway through the second half as Iceland completed the campaign by winning their final three games without conceding a goal. (AFP)

Gylfi Sigurdsson played an integral role in Iceland reaching Russia 2018. He was named Icelandic Player of the Year for continuous five seasons. In an interview, he mentioned, "We’re looking forward to seeing the thunderclap in Russia”.

Iceland supporters performing the 'thunderclap' is an extraordinary sight. A noisy and visually spectacular display of synchronicity and passion, it has the ability to give those watching – and those taking part – goosebumps.

Now they have been placed in group D and will play their first match against Argentina and rest other games with Croatia and Nigeria. They were drawn out of Pot 3.

Iceland's journey has been a dream run from the Euro Cup to the World Cup but even Panama is set to make their World Cup bow. World Cup 2018 might be dazzling for the first timers but it is very difficult to predict the first match of group D which is between Argentina and Iceland.

Even mediocre nations are ready to take eeryone by surprise in the World Cup 2018.