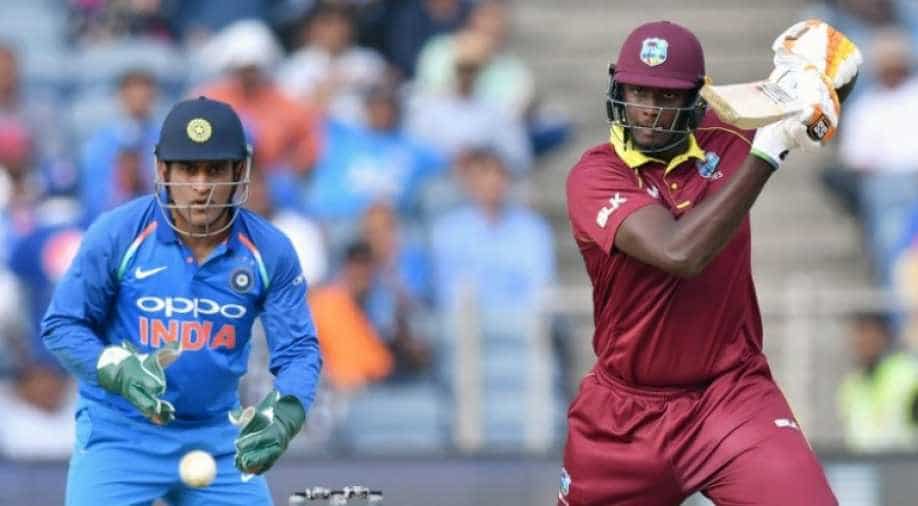 Windies will be seeking revenge for the huge 224 runs loss in the 4th ODI.

West Indies skipper Jason Holder won the toss and elected to bat in the fifth and final one-day international against India here on Thursday.

Windies will be seeking revenge for the huge 224 runs loss in the 4th ODI.

Speaking after the toss, Holder said, "  It looks a very good wicket and looks a bit dry as well. Hopefully we will get some runs on the board and our bowlers would go out there and defend it. We have made two changes. Ashley Nurse is out and Devendra Bishoo comes in and Chanderpaul Hemraj is out and Oshane Thomas comes in."

"He (Nurse) is ruled out for the entire tour. I wish him well. Hopefully, he can recover quickly for the next tour. I think it it is about consistency. We just need to be more consistent to beat the best teams. We have given glimpses of that in this series," he added.

"Our batters will have to put runs on the board and the bowlers will have back to them up and support them, the skipper concluded.

India, on the other hand, are unchanged for the match. Speaking about their strategy for today, skipper Virat Kohli said, " We would have bowled first as well. I don't think the wicket will change much but the dew is going to be a massive factor in the second innings. It has been overcast for the last few days and there would be something in the wicket for the few overs."

"If it is too damp or too dry, the spinners will also come into play and there will be some spin. We are playing with the same team," Kohli concluded.