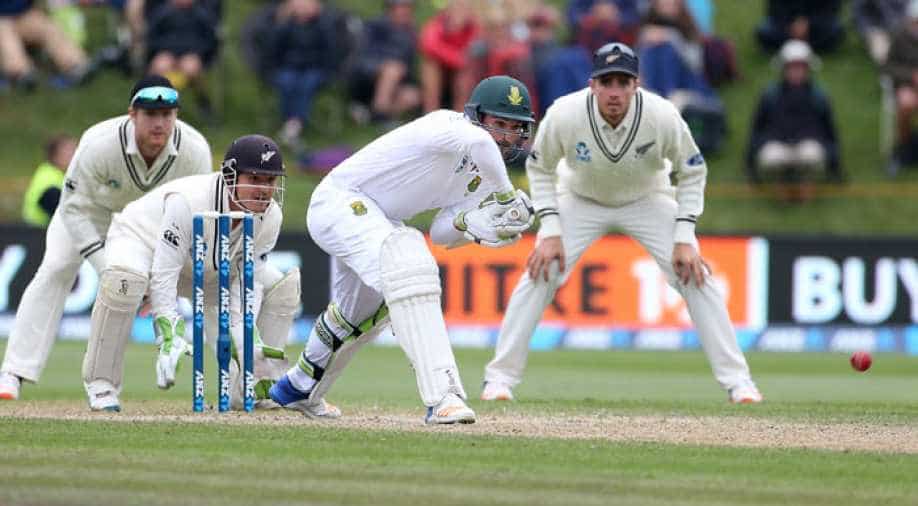 The hosts reached the interval on 65 for one in their second innings, a lead of 121. Photograph:( Zee News Network )

South Africa lost opener Dean Elgar before lunch but continued to drive home their advantage on the third day of the third Test against Australia on Saturday.

The hosts reached the interval on 65 for one in their second innings, a lead of 121.

After Elgar departed, Aiden Markram, 36, and Hashim Amla, 15, put on a patient partnership of 37 runs for the second wicket in gloomy conditions, and the pair will look to solidify South Africa's dominant position following the break.

Elgar, who carried his bat for an unbeaten 141 in the first innings, could not repeat that feat as he edged seamer Pat Cummins to Steve Smith at slip for 14.

Setting a target of anything over 250 will be a challenge for the Australians, though they did successfully chase down 331 at Newlands in 2002, but on a much more placid surface and with a more experienced top seven.

The four-match series is poised at 1-1, with the final Test to be played in Johannesburg starting on Friday.