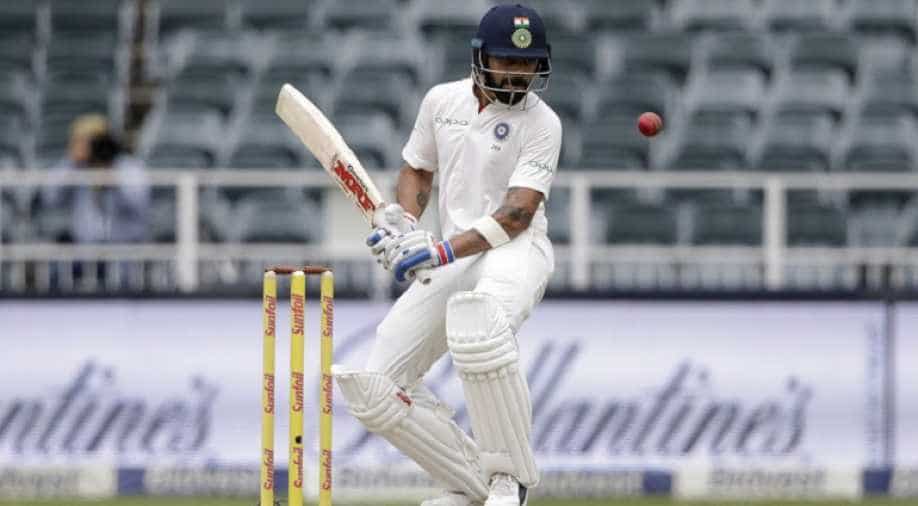 The right-handed batsman was caught out by AB de Villiers of Lungi Ngidi, soon after he reached his half-century. Photograph:( Zee News Network )

Virat Kohli once again stood for his team and kept India afloat against South Africa on Day 1, after the openers failed to contribute anything.

The Indian skipper smashed a gritty 54 runs off 106 balls to reach his 16th Test half-century.

However, the right-handed batsman was caught out by AB de Villiers of Lungi Ngidi, soon after his century.

Along with Pujara, whose individual contribution is very low if compared to the balls he has played, stood shoulder to shoulder with his captain.

The two played attentively to take India's total from 13 to 97 without losing any further wicket and building an 84-run partnership.

Opener M Vijay once again got off to a wrong start with Vernon Philander striking early.

Whereas, KL Rahul once again touched a ball that was pitched slightly outside off and gave an easy catch behind the wickets to Quinton de Kock.

Meanwhile, Ajinkya Rahane, who did not play the first two Tests was recalled on the strength of a strong record in overseas Tests.