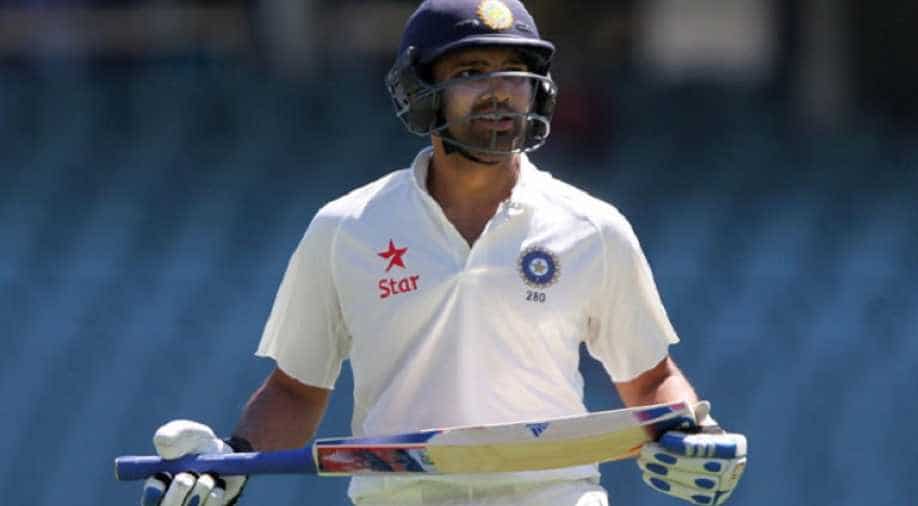 India's massive total was powered by a classic century from Cheteshwar Pujara (106) and half-centuries from skipper Virat Kohli (82), debutant opener Mayank Agarwal (76) and Rohit Sharma (63 not out).

India declared their first innings after scoring a mammoth 443 for the loss of seven wickets to leave Australia with just six overs to bat on Day 2 of the third Test at the Melbourne Cricket Ground (MCG) on Thursday.

India's massive total was powered by a classic century from Cheteshwar Pujara (106) and half-centuries from skipper Virat Kohli (82), debutant opener Mayank Agarwal (76) and Rohit Sharma (63 not out).

Pujara's brilliant inning ended after the right-handed batsman lost his wicket to a low ball of Australian pacer Pat Cummins. The 30-year old was sent back to the pavilion minutes after Indian skipper Virat Kohli was dismissed by Mitchell Starc.

India reached 277 for loss of two wickets at lunch on the second day. Pujara, who resumed the inning on Day 2 at 68, went on to hit his 17th Test century to put India in a dominating position while skipper Kohli reached his half-century early today.

Vice-captain Ajinkya Rahane made 34 while and wicketkeeper-batsman Rishabh Pant contributed 39 to add to Australia's woes.

For the hosts, pacer Pat Cummins emerged the hero returning with figures of 3/72 while Mitchell Starc contributed with two wickets.