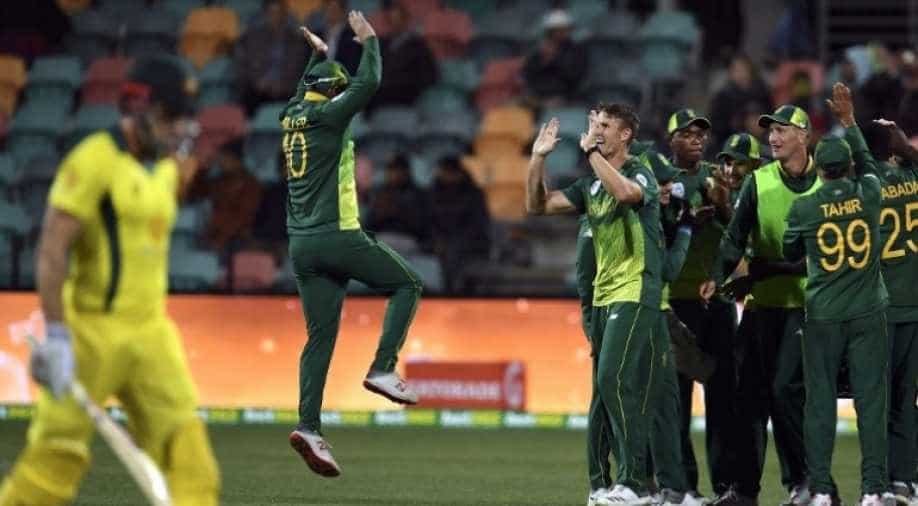 Shaun Marsh played a pivotal inning and went on to slam 106 to bring Australia back in the game.

Australia on Sunday lost the third and final ODI in Hobart by 40 runs while chasing a mammoth target of 321 runs set by South Africa.

After openers Chris Lynn and Aaron Finch lost their wickets early, Shaun Marsh played a pivotal inning and went on to slam 106 to bring Australia back in the game.

However, his century went in vain as Proteas registered an easy win to clinch the three-game ODI series by 2-1.

The last three batsmen for Australia failed to open their account and went back to the pavilion on a duck.

Earlier, David Miller and Faf du Plessis had hit centuries to power South Africa to a huge total in the deciding ODI. The duo had build-up a 252-run partnership after the Proteas were reduced to 55 for the loss of three wickets at a point.

The Proteas won the opening game of the series by six wickets and Australia snapped their seven-game losing streak to clinch the second by seven runs.

The two teams will next lock horns in the one-off T20I at Carrara Oval, Queensland on November 17.