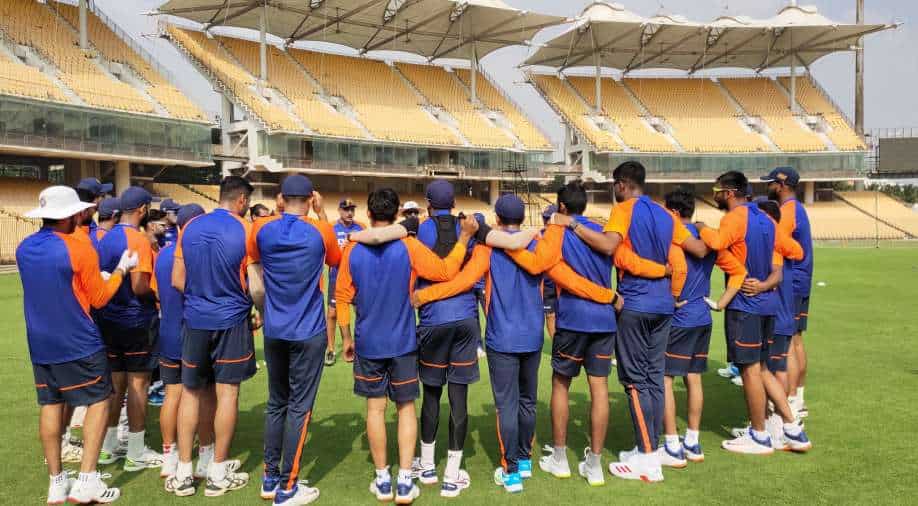 India and England are set to kick-start the four-Test series with the opener scheduled to be played at the MA Chidambaram Stadium in Chennai from Friday. Let us take a look at Team India's likely playing XI for the first Test in Chennai against England.

India and England are set to kick-start the four-Test series with the opener scheduled to be played at the MA Chidambaram Stadium in Chennai from Friday. Both India and England are heading into the series on the back of a series wins against Australia and Sri Lanka respectively. While the series promises to be a cracking contest with both England and India boasting some world-class players, fans are eagerly waiting to witness the clash of giants.

India have almost a fully-fit squad with a couple of players missing the Test series due to injuries suffered in the tour of Australia. The likes of Hanuma Vihari, Ravindra Jadeja and Mohammed Shami are missing but the hosts still boast a strong squad which might lead to selection headaches in the Indian camp.

While the batting order looks almost set with the likes of Rohit Sharma, Shubman Gill, Cheteshwar Pujara, Virat Kohli and Ajinkya Rahane, all eyes will be on the bowling combination of the Indian attack as the match will be played in Chennai, which has assisted spinners over the years.

However, with two back-to-back Test matches scheduled and a debutant curator V Ramesh Kumar taking charge of the proceedings, the MA Chidambaram Stadium could play equal field for both pacers and spinners early on. But India are likely to go with three spinners given England's recent struggle against spin bowling.

India last lost a home Test series back in the year 2012 – against England – and has since lost only one Test match, in 2016, on home soil. Given India's sheer domination at home, the Virat Kohli-led outfit starts as heavy favourites to not only win the first Test but also to win the series.