2nd Test: Pakistan limp to 68-4 against England at lunch 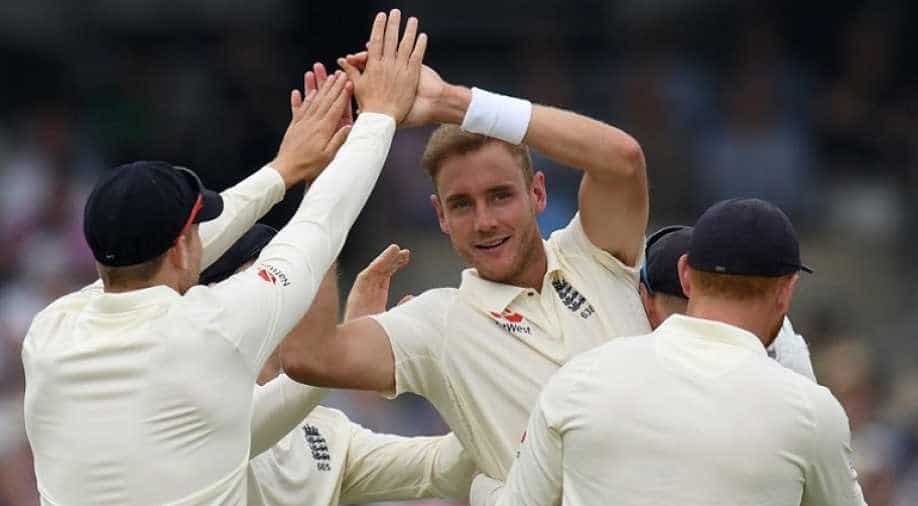 England reduced Pakistan to 68 for the loss of four wickets at lunch on the opening day of the second and final Test on Friday.

Stuart Broad and Chris Woakes took two wickets each as changed their strategy for the game and bowled full-lengths. In a terrific opening spell, Broad removed Imam-ul-Haq (0), who edged to Joe Root at third slip, and Azhar Ali (2), who was trapped lbw, to leave Pakistan 17-2.

Woakes was the first change after 14 penetrating overs from Broad and James Anderson, and the recalled allrounder enticed edges from Haris Sohail (28) and Asad Shafiq (27) to the slip cordon.

Having won the toss, Pakistan was struggling to deal with England's swing movement under grey skies.&nbspDebutant Usman Salahuddin, in for injured batsman Babar Azam, was 3 not out and Sarfraz Ahmed was unbeaten on 6.

Needing a victory to avoid a third straight series loss, England was without star all-rounder Ben Stokes because of a hamstring injury sustained in training on Wednesday.