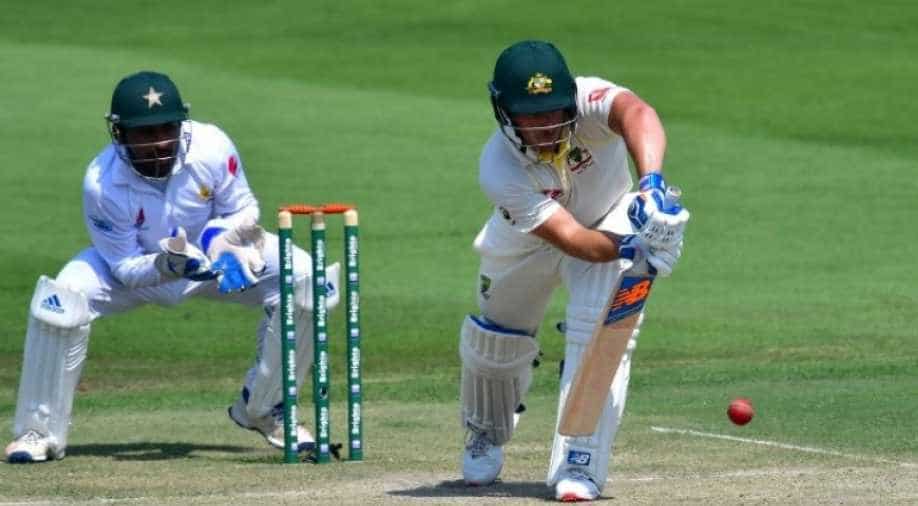 After being bowled out for 282 in their first inning, Pakistani bowlers made Australia fall apart as they took seven wickets for just 91 runs at lunch on the second day of second Test match in Abu Dhabi.

Australia now trail by 191 runs and looking the condition they might even fail to avoid the play-off.

Aaron Finch leads the run chart for Australia with 39 runs, while the rest of the batsmen failed to reach the 20 digit mark. Tim Paine was the last Australian wicket to fall before the lunch.

On day 1, debutant opener Fakhar Zaman and skipper Sarfraz Ahmed missed hundreds by six runs each but managed to revive Pakistan, with the two scoring 94 runs each.  The inning helped Pakistan recover from 57-5 to a total of 282 after winning the toss and electing to bat on a slow turning pitch at Sheikh Zayed Stadium.

Before the close, Pakistan grabbed two wickets, including that of Usman Khawaja for three, as Australia finished on 20-2, with Aaron Finch on 13 and nightwatchman Peter Siddle dismissed off the last ball of the day for four.