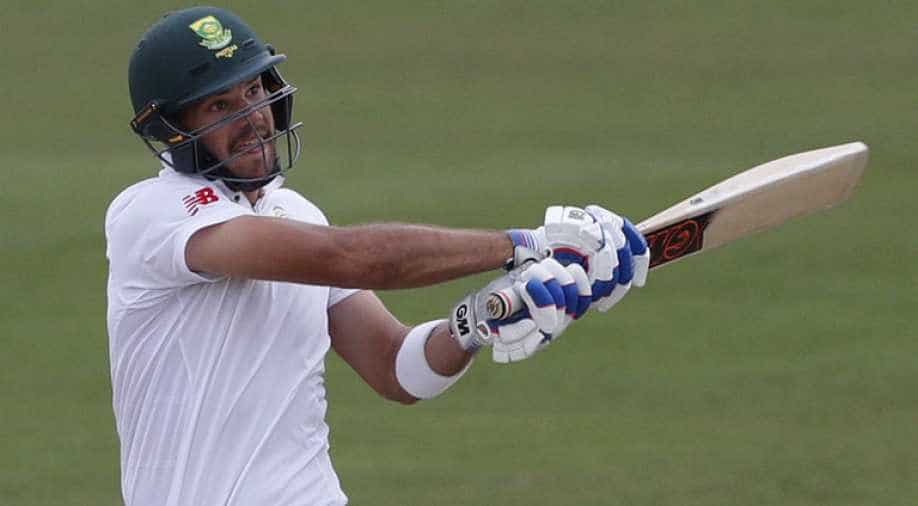 Openers Aiden Markram and Dean Elgar had put on a spirited show and are batting on 51 and 26 runs respectively. Photograph:( Zee News Network )

South Africa were 78 for no loss at lunch on the opening day of the second Test match against India at the Centurion at the SuperSport Park, Centurion on Saturday.

Openers Aiden Markram and Dean Elgar had put on a spirited show and are batting on 51 and 26 runs respectively.

The hosts, who lead the three-match series 1-0, elected to bat after winning the toss.

"We are going to bat first again. It is usually very slow on day one and it takes to spin later on. The previous toss was touch and go but all the stats are in favour of the team batting first out here. The cracks could open up over the next few days and it could get difficult. It is still a big fight, two quality teams trying hard to win a Test match and we expect the same from India. There are a few things in the first Test we think we can improve upon. Lungi Ngidi is making his debut on his homeground. He's an exciting youngster and has a lot of pace and bounce. And that is the only change," the Proteas skipper said.

Meanwhile, Indian skipper Virat Kohli seems all prepared to give a tough challenge to the Proteas, especially after their loss in the first Test.

"It is a no brainer. We would've wanted to bat first as well. The pitch looks very different from what it looked a couple of days ago, all the grass has been taken off. It is more of a situation that's tricky out here, hopefully the bowlers will step up. Saha has a hammy niggle and we do not want to take a chance with him. KL Rahul comes in for Dhawan and Ishant comes in for Bhuvi to get some extra bounce," Kohli stated.

The Indian Team management dropped wicket-keeper batsman Wriddhiman Saha and opener Shikhar Dhawan after they failed to play along with the bouncers and seaming conditions.