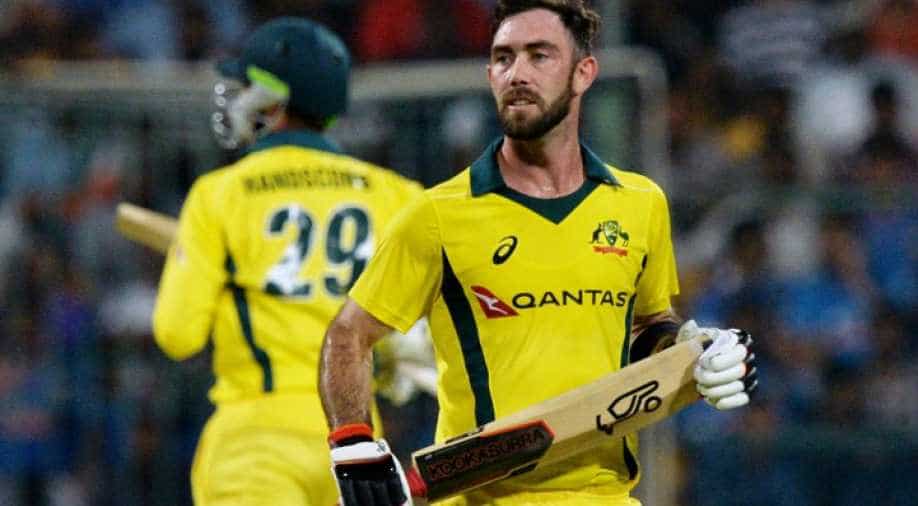 Glenn Maxwell hit a six and a boundary off Siddarth Kaul's final over to help Australia beat India by seven wickets in the second T20 international at Bengaluru's Chinnaswamy Stadium on Wednesday.

Maxwell's unbeaten 113 in just 55 balls included nine sixes and and seven boundaries. He was ably supported by wicketkeeper Handscomb who remained undefeated at the other end on 20 as the hosts clinched the T20 series against India.

Although Australia lost two crucial wickets early in first four overs losing Stoinis and skipper Finch but Maxwell stood tall first stitching a partnership with Short who scored a quickfire 40 in 28 balls with six boundaries to peg back Virat's team.

Stoinis became Kaul's victim in the third over and skipper Finch fell in the fourth over off Shankar as Dhawan held on to a skier as Australia wobbled at the start of the innings. Australia were 22/2 in the first four overs as skipper Kohli sought to pressure the Australian batsmen.

Maxwell however had other ideas as he kept the scoreboard ticking and later accelerated to finish the game with two balls to spare.

Earlier, Captain Virat Kohli hit sixer off the last ball as he scored a brilliant 72 off just 38 balls as India set a 190-run target for Australia.

The Indian captain led from the front hitting Coulter-Nile for three sixes in the 16th over amassing 22 runs as India powered ahead with Dhoni giving able support to the captain. The Indian wicketkeeper hit 40 in just 22 balls to boost India's score.

Virat was ably supported by Dhoni who hit three boundaries and three sixes to give the Indian innings fresh impetus in the later stage of the innings.

Kartick came in a played a cameo in the last five balls hitting 8 in 2 balls to provide a bit of fireworks in the end but it was clearly not enough as Australia romped home in the last over as Indian bowlers wilted under pressure.