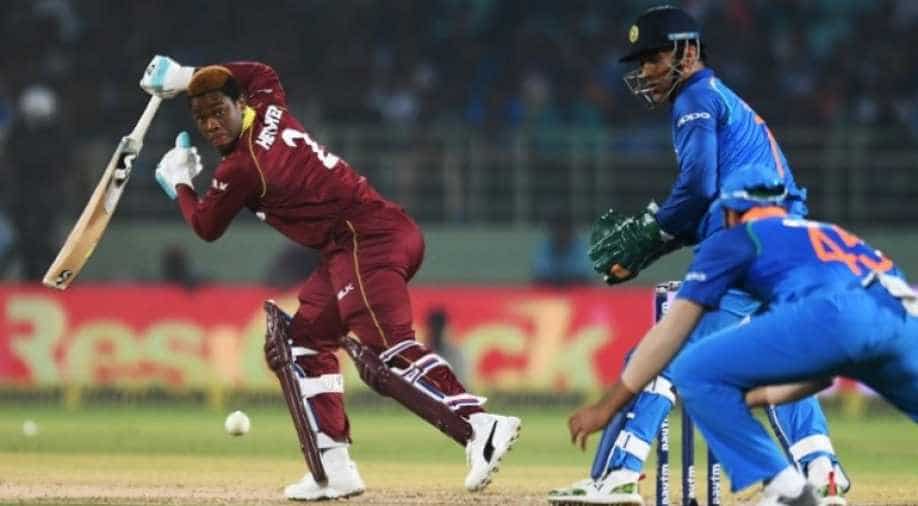 Shimron Hetmyer plays a shot against India in the 2nd ODI. Photograph:( AFP )

The Jason Holder side lost three wickets for just 78 runs.

Shimron Hetmyer slammed a quick half-century to rebuild West Indies's inning while chasing a target of 322 runs set by India in the 2nd ODI. However, the hitman lost his wicket for 94 runs to Chahal, while trying to hit a six.

The Jason Holder side lost three wickets for just 78 runs. It was then that Hetmyer and wicketkeeper-batsman Shai Hope established a partnership to over 100 runs to bring the team back into the game.

Hope has also registered a half-century and is going strong against the Indian attack.

Hetmyer had hit a century in the first ODI to help them set a target of 323 runs which was easily chased down by the Indian team.

For India, Kuldeep Yadav struck twice while Mohammed Shami managed to take one wicket, so far.