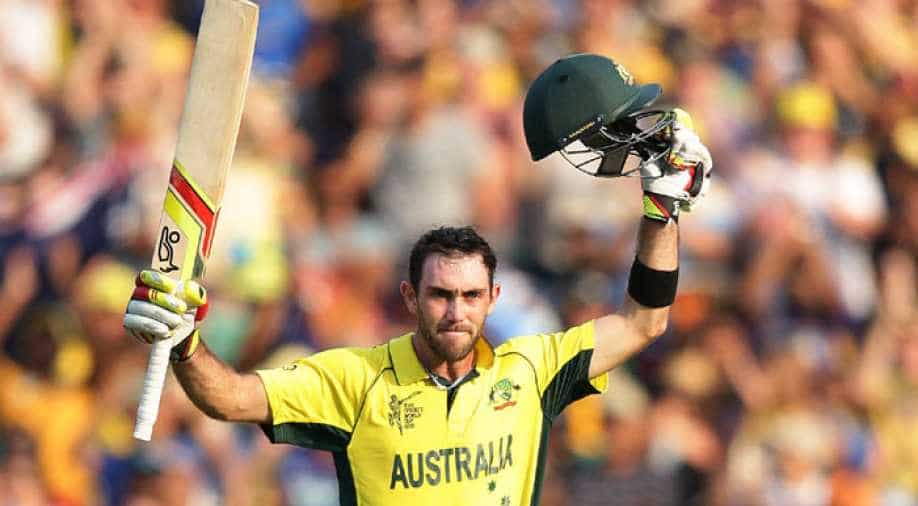 Finch lost his wicket to spinner Kuldeep Yadav after establishing a 40 runs partnership with Chris Lynn.

Glenn Maxwell and Marcus Stoinis revived Australia to put up a target of 174 runs (due to D/L method), after the hosts were reduced to 158 for the loss of four wickets after 17 overs in the first match of the three T20Is on Wednesday.

The onslaught by the two batsmen could have been worse provided the match had not been reduced to 17 overs due to heavy showers.

Soon after the match resumes, Maxwell lost his wicket to pacer Jasprit Bumrah and was sent by on 46 runs.

D Arcy Short was the first wicket to fall for 7, followed by skipper Aaron Finch, who departed after making 17 runs in 24 balls.

Finch lost his wicket to spinner Kuldeep Yadav after establishing a 40 runs partnership with Chris Lynn.

Lynn has been on the attacking mode and is going strong against the Indian bowling attack. However, he lost his wicket to spin attack for 37 runs in just 20 balls he played.

Indian skipper Virat Kohli on Wednesday won the toss and opted to field in the first of the three T201 games against Australia.

Talking about the team's preparation for the game, Kohli said, "Looks a hard surface with a decent covering of grass. We haven't had much of time here, so we would like to see how the pitch behaves. We want to figure out in what areas we need to score as well."

"The preparation has been chilled out because for the Tests you need a lot more time and you need to be in the nets. But come game time, you need to be switched on. Both teams know the strengths and weaknesses of each other. It's going to be competitive," he added.

Meanwhile, Australia will be without their star batsmen Steve Smith and David Warner, who are serving their 12-month bans for ball-tampering.

When asked how they will deal with the in-form 'Men In Blue', Finch said, " "I would have preferred to bowl first, but I don't mind putting up a score on the board. It is a beautiful wicket. We have played against them a lot. Both sides are familiar with each other. Adam Zampa comes in for Nathan Coulter-Nile."