1st ODI: Shikhar Dhawan gets angry at Kohli after run out, Twitterati make the most of it 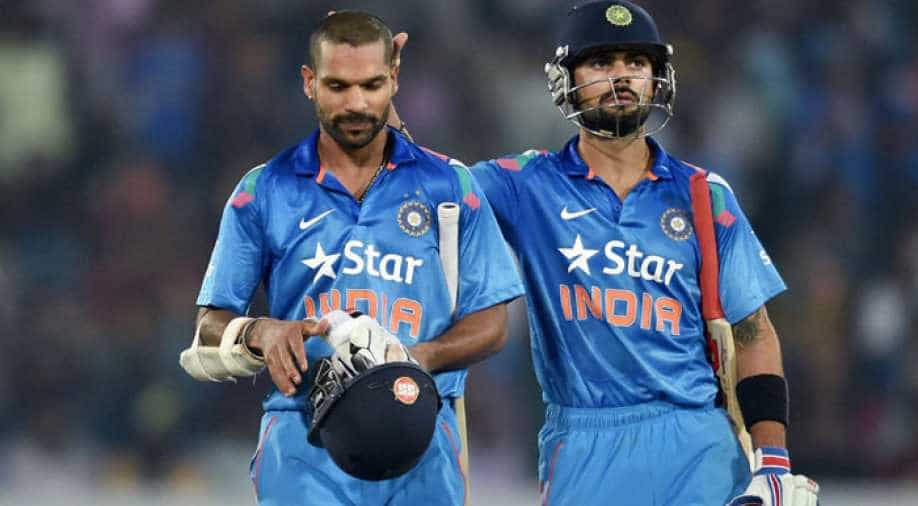 Dhawan's inning was prematurely brought to an end amid a forced run by Kohli at the other end. Photograph:(Zee News Network)
Follow Us

Skipper Virat Kohli peeled off yet another century as India defeated South Africa by six wickets in the first ODI of the six-match series to take 1-0 lead at Kingsmead, Durban on Thursday.

With many dramatic moments on the ground, it was Shikhar Dhawan's anger at Virat Kohli which caught the attention of the viewers yesterday.

Dhawan was scoring good in the first ODI against South Africa when his inning was prematurely brought to an end amid a forced run by Kohli at the other end. Dhawan had to leave the ground with 35 runs from 29 balls.

The incident happened in the 13th when the opener was struck on the pads and as South Africa appealed for leg before, Dhawan was slowed down in his response to a Kohli’s shout for stealing a quick run.

With Kohli more than halfway down the pitch, Dhawan had no choice but to run for it. However, alert Aiden Markram spot on target and Dhawan had no chance to make it to safety.

Upset with the push for a single, Dhawan walked looking back at Kohli and shook his head while gesturing the run wasn’t there to be taken.

However, Cricket fans made the most of Dhawan's anger and took to Twitter to comment on the incident.

Rare moment where the batsman abusing after a run-out is not Kohli. #INDvSA

Dear Shikhar Dhawan, you must be remember that Virat Kohli is the captain.#INDvSA

Kohli deserved the Man of the match award. Not only did he score a century but also took Shikhar Dhawan’s wicket.

India chased down 270 in 45.3 overs with Kohli scoring his first limited-overs ton in South Africa. He was out after scoring 112 off 119 balls.

It was India's first ever win in ODIs over South Africa in Durban and they also broke the hosts' run of 17 consecutive wins at home.