105-year-old Julia Hawkins sets world record for sprinting 100m but she is unsatisfied, here's why 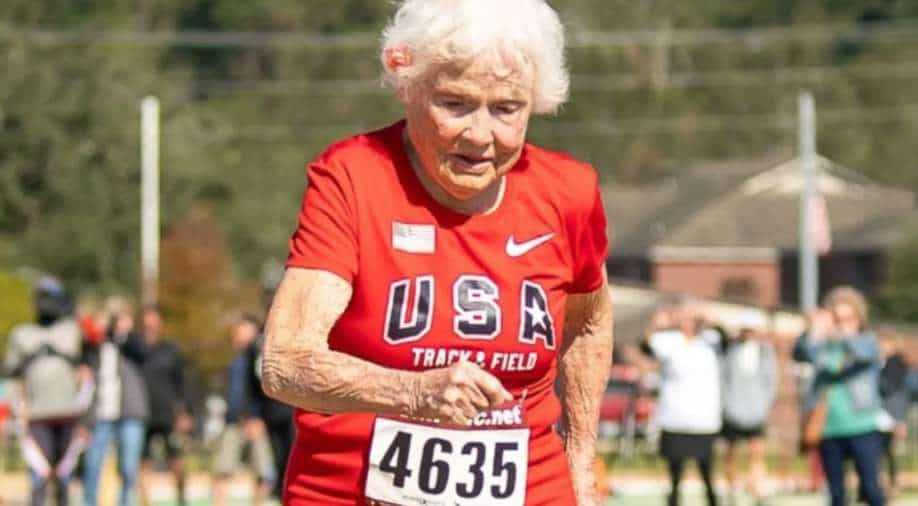 There's a famous saying that age is just a number, not a state of mind or a reason for any type of particular behaviour. It fits perfectly on 105-year-old Julia Hawkins of Louisiana, who set a new world record for sprinting 100m in the 105+ age category, where she recorded a time of 1:02:95. But that was not it, she wanted to go faster.

"It was wonderful to see so many family members and friends. But I wanted to do it in less than a minute," she told media. On being pointed out that 102 is less than her age and whether that made her feel better, Hawkins replied, "No".

Julia, popular as 'The Flower Lady' for her gardening skills, became the first female track and field athlete and the first American, to set the world record at the 2021 Louisiana Senior Games competition on Sunday.

Well, there's such milestones are nothing for 'The Flower Lady', as previously has previous National Senior Games history competing in cycling time trials beginning at the age of 80, where she won several gold medals over the span of four Nationals.

However, she later lost interest and saying "There wasn't anyone left my age to compete with!" She later took up running as turning 100 inspired her and set a record in the 100-meter race.

"I love to run, and I love being an inspiration to others. I want to keep running as long as I can. My message to others is that you have to stay active if you want to be healthy and happy as you age," Hawkins was quoted as saying by NSGA.