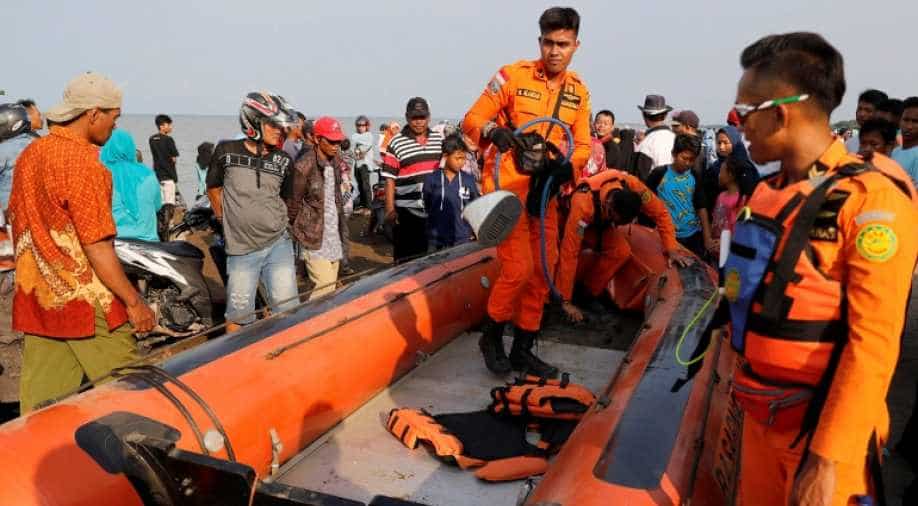 Around 30 divers were trying to reach the main wreckage of the Boeing 737 Max 8 plane, according to the agency.

All 189 passenger and crew aboard a crashed Indonesian jet were “likely” killed in the accident, Indonesia’s search and rescue agency said Monday, as it announced it had found human remains.

“My prediction is that nobody survived because the victims that we found, their bodies were no longer intact and it’s been hours so it is likely 189 people have died,” agency operational director Bambang Suryo Aji told reporters.

"Several parts of human bodies and things have been found on the scene," Yusuf Latief, head of communication for media of the national search and rescue office, said.

Around 30 divers were trying to reach the main wreckage of the Boeing 737 Max 8 plane, according to the agency.

The chief rescuer could not give a specific number of the retrieved bodies.

Lion Air flight JT610, an almost new Boeing 737 MAX 8, was en route to Pangkal Pinang, capital of the Bangka-Belitung tin mining region. Rescue officials said they had recovered some human remains from the crash site, about 15 km (9 miles) off the coast.

Indonesia is one of the world’s fastest-growing aviation markets, but its safety record is patchy. If all aboard have died, the crash will be the country’s second-worst air disaster since 1997, industry experts said.

Thai judge shoots himself in court after railing at justice system