Indonesian airlines have some of the world's worst safety records 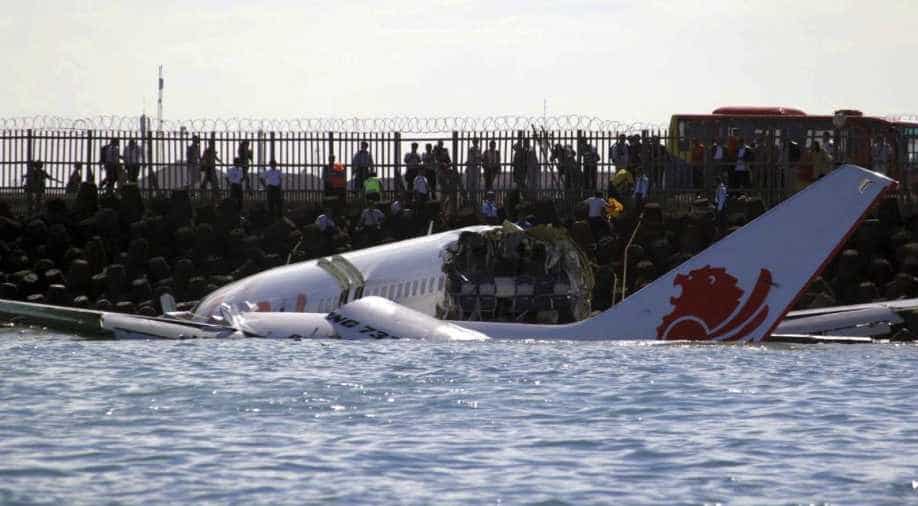 A Lion Air plane is seen in the water after missed the runway Bali in 2013. Photograph:( Reuters )

On Monday, a Lion Air plane with 188 passengers on board crashed into the sea off the island of Sumatra. Lion Air is a low-cost Indonesian airline.

On Monday, a Lion Air plane with 188 passengers on board crashed into the sea off the island of Sumatra. Lion Air is a low-cost Indonesian airline.

Indonesian airlines have some of the worst safety records in the world, and Monday's crash was the latest in a long line of crashes of planes owned by Indonesian carriers:

In 2007 all Indonesian carriers were placed on the EU Air Safety List, a blacklist of airlines that fall short of the EU's international safety standards - which was lifted earlier this year.

In 2015, Indonesia's aviation industry had more airlines with the lowest safety ranking than any other country in the world according to an annual survey conducted by plane safety rating website AirlineRatings.com.

Indonesia relies heavily on air transport to connect its thousands of islands but the archipelago has seen a string of high profile aviation accidents in recent years.

The country's unique geography has forced a boom in airlines that serve passengers looking to travel between its 17,000 islands, something that aviation regulators have struggled to keep up with.

A 12-year-old boy was the sole survivor of a plane crash that killed eight people in mountainous eastern Indonesia in August.

In August 2015, a commercial passenger aircraft operated by Indonesian carrier Trigana crashed in Papua due to bad weather, killing all 54 people on board.

In 2014, an AirAsia plane, which took off from Surabaya in Indonesia to Singapore, was just over 40 minutes into its flight when contact was lost. It was later found that it had crashed. All 162 members lost their lives.

Lion Air, a low-cost airline, has been involved in a number of incidents.

Last year one of its Boeing jets collided with a Wings Air plane as it landed at Kualanamu airport on the island of Sumatra, although no one was injured.

In May 2016, two Lion Air planes collided at Jakarta's Soekarno-Hatta airport, while a month earlier a plane operated by Batik Air -- part of the Lion Group -- clipped a TransNusa plane.

In 2013 a Lion Air jet with a rookie pilot at the controls undershot the runway and crashed into the sea in Bali, splitting the plane in two. Several people were injured in the crash, although no one was killed.

Lion Air airlines, was rated seven stars and was upgraded to the top safety tier by global rating agency AirlineRatings.com this year, reports said. Besides Lion Air, Garuda Indonesia and Batik Air were also upgraded to the same tier.

Indonesia's air travel industry is booming, with the number of domestic passengers growing significantly over the past decade, but it has acquired a reputation for poor regulation.