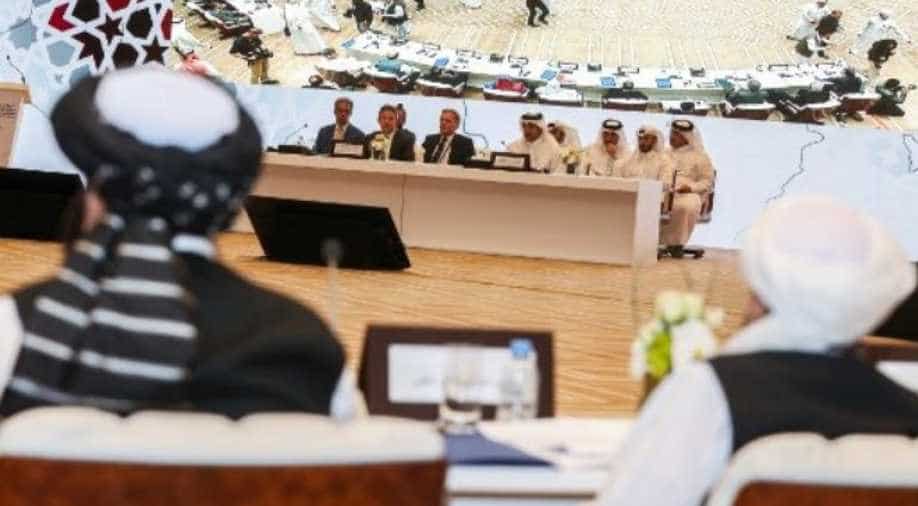 Many fear that the US, in its haste to exit its longest war, is pushing for a deal that will see the insurgents regaining some level of power in Kabul.

With momentum apparently building for a breakthrough in talks between Washington and the Taliban, younger Afghans whose lives have been overshadowed by nearly 18 years of war are sceptical any deal will bring them peace.

Instead many fear that the US, in its haste to exit its longest war, is pushing for a deal that will see the insurgents regaining some level of power in Kabul.

"We cannot trust the Taliban and their commitments because they were cruel and oppressive in their regime," said Abdul Jamil Qureshi, a 23-year-old psychology student at Kabul University.

"We are worried for the lives of women and girls who have fought hard for their rights following the fall of the Taliban."

Zalmay Khalilzad, the US special envoy leading America's push for peace with its longtime adversary, is expected to meet the Taliban in Doha this weekend for the latest in a months-long series of talks, with expectations high.

A peace deal between the US and the Taliban would be built around the premise that America and other foreign forces would slash their Afghanistan presence.

No numbers have been announced, but The Washington Post reported Thursday that an initial deal to end the war could see US troop numbers fall to as low as 8,000 from their current level of around 14,000.

In return, the Taliban would vow to prevent Afghanistan being used as a safe haven for various terror groups including Al-Qaeda, which conducted the September 11, 2001 attacks that triggered the US-led invasion.

Abdul Hadi, 32, who runs a stall selling energy drinks and cigarettes in the capital, worried what would happen to the Afghan army if their American benefactors and trainers leave.

"The withdrawal of US troops from Afghanistan is not the solution, because the Afghan forces are not prepared to tackle Taliban and Daesh fighters in the country," he said, using an alternate name for the Islamic State group.

'Want to be free'

Afghan forces have suffered devastating casualties -- in the tens of thousands -- since they assumed responsibility for their country's security at the end of 2014.

Even after years of training and equipping by foreign experts, many units remain beset with corruption and desertions.

Ahmad Jawed, 25, another Kabul University student, said he saw America as "running away" and ceding Afghanistan to the Taliban, throwing into doubt any number of hard-won gains for ordinary Afghans.

"They are seeking a monopoly of power that is unacceptable for us," Jawed said.

"This is not Afghanistan of the '90s. We live in the 21st century. We do not trust the Taliban and their commitments."

But Abdullah, a 20-year-old who like many Afghans uses only one name, said he would welcome a deal if it leads to durable peace.

"We do not have a military solution for our country, the talks are the only way we can resolve the issues in Afghanistan," said Abdullah, who works for a private firm in Kabul.

We want to be "free from foreign countries' interference. If the Taliban do not oppose women working and the education of girls and leave them to be the way they are now, we will be happy to have them in Afghan society."

Mohammad Ashraf, 27, a Kabul taxi driver said all he wanted was an end to Afghanistan's raging violence.

"We don't care if the Taliban comes or not, we only want peace and security. That is all we want," Ashraf said.