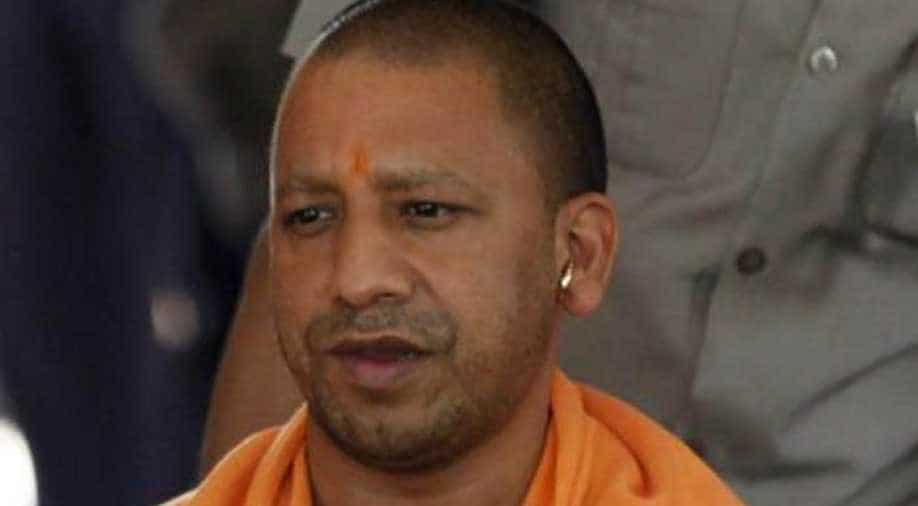 Roads in the constable's village were cleaned and open drains covered a day before the UP chief minister's visit. Photograph:( Zee News Network )

An AC, sofa, and carpet installed in the home of slain BSF head constable Prem Sagar for a visit by the UP chief minister were removed a few minutes after he left

The family members of slain BSF head constable Prem Sagar were befuddled when the Deoria district administration installed a window air conditioner, put up a sofa and carpet at their home ahead of chief minister Yogi Adityanath's visit this Friday.

They were in for even a greater shock when these trappings of affluence vanished within minutes of the chief minister's departure.

Sagar's family members said they were taken aback when the authorities removed the air conditioner, sofa and carpet soon after the chief minister left their place.

Sagar's family said they were taken aback when authorities removed the air conditioner, sofa, and carpet soon after the chief minister left

"Officials took away the carpet, sofa and AC soon after Adityanath left our residence ... within 15 to 30 minutes of his departure, everything was gone," Dayasagar, the brother of the fallen BSF trooper said.

There was, however, no official word on it.

The Deoria administration had installed ACs, put up new curtains, sofas and carpets in the living room where the chief minister was to meet the family.

A day before CM's visit, dusty roads in the village were cleaned and drains which always used to remain open were covered.

Head Constable Sagar was on patrol duty on May 1 along the Line of Control in Jammu and Kashmir's Poonch when Pakistan's Border Action Team (BAT) crossed the LoC and ambushed the patrol team. While taking cover, Sagar and Naik Subedar Paramjeet Singh of the Army were left behind.

They were killed and their bodies mutilated.

Adityanath visited Sagar's family on May 12 at his native village Tikampaar to offer condolences and presented a cheque for Rs 4 lakh. He also reportedly promised employment to Sagar's children after they complete their studies.

The chief minister said a shaheed smarak (martyr's memorial) and a girls inter college will be set up in the village in the memory of the slain trooper.

He also promised a road to connect the village to the main road.

With regard to a demand for a gas agency for the family, he had said a recommendation will be sent to the central government.