Yet another flyover collapses in Bengal; no lessons learnt 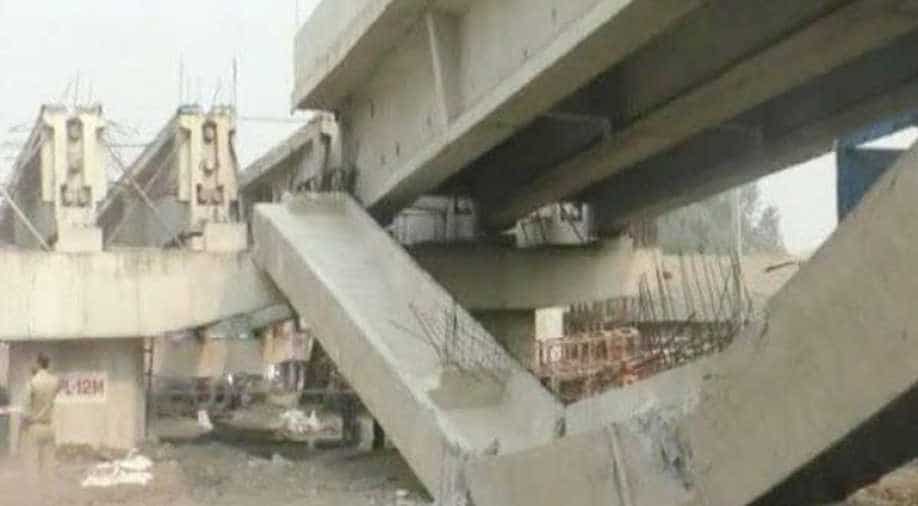 Almost seven months after a flyover in India’s eastern state of West Bengal collapsed and claimed as many as 27 lives, yet another under-construction flyover in Hooghly district has collapsed.

A portion of the flyover in Hooghly’s Mogra collapsed on Sunday morning. While no one was injured in the incident, a boulder was stuck beneath the rubble.

The driver of the boulder escaped unhurt, as he was not present inside the vehicle at the time of the collapse.

When the girder of the flyover collapsed, no vehicles were present under the flyover, except for a motorcycle. The incident occurred around 9.30 am IST in the morning and left the locals in a panic.

"A major tragedy has been averted. This is a very densely populated area. Luckily, the collapse took place on a Sunday morning, hence there were no people underneath. Had it been a working day, several would have been left dead," said Dibyendu Malakar, a local, who resides adjacent to the flyover.

Meanwhile, the officials of the district police of Hooghly are carrying out a search to check whether anyone or any other vehicles are stuck under the debris.

Immediately, railway officials rushed to the spot to take stock of the situation. A committee of experts and engineers has been set up to probe into the collapse and find out the cause.

However, locals allege that the railway authorities did not take adequate security measures while constructing the flyover.