As of 2016, China, India and Indonesia account for around three-quarters of the total number of people with HIV in Asia Photograph:( Others )

36-year-old Amrita sits in a quiet corner of her brother’s house in New Delhi, visibly disturbed by an outsider’s presence. The living room walls are full of carelessly arranged photo frames with pictures of her brother Gurpreet’s family. There is one picture of a chirpier Amrita from the day of her wedding, a day that 40-year-old Gurpreet doesn’t want to remember.

Amrita is HIV-positive, she got it from her husband who died five years after their marriage. Shunned by her in-laws and then her parents, it was her brother who took her in.

“It wasn’t her fault. But the elders in our family refused to accept her.”, says Gurpreet.

Amrita hasn’t spoken much since, widowed at the age of 26 and distanced by her parents, doctors say she suffers from acute depression.

“My wife suggested that we think about Amrita’s second marriage. She had heard of HIV-positive couples. So I started looking for matches. It has been six months and several matrimonial advertisements but no response,” he says.

About a thousand miles away, in the west Indian state of Maharashtra, 47-year-old government employee Anil Valiv is busy connecting many like Amrita through PositiveSaathi.com--a free matrimonial website for the HIV-positive.

“Saathi” is a Hindi word for a partner.

For Pune-based Valiv, who works with the Motor vehicles Department of Maharashtra as a district in-charge. there was never a plan to start such a website, “In 2002, I was posted in the Latur district to give road safety training and lectures to truck drivers. During my interaction with them, I got to know that many of them were HIV-positive and didn’t know how to deal with it.” he says.

Amrita hasn’t spoken much since, widowed at the age of 26 and distanced by her parents, doctors say she suffers from acute depression.

Valiv then decided to hold information and counseling sessions on HIV/AIDS with the truck drivers. He also invited medical experts to these sessions.

One of the main concerns that came forward during these sessions was the difficulty in finding a partner. In India, where arranged marriages are a tradition and HIV a social stigma, finding a match is a big problem.

For Valiv these concerns were closer to his heart.

“My best friend in college was HIV-positive. He was ignored by his family and I had seen his entire struggle. But things got worse when people of his age started getting married. He longed for a life with wife and children. I could see the same in the eyes of these truck drivers”, Valiv says.

In 2005, during a conversation with a doctor friend, Valiv got to know that many HIV-positive men marry healthy girls by hiding their status.

“She told me that a patient of hers had asked her to look for an HIV-positive woman for marriage. There was no such woman in her hospital and finding one in other hospitals was difficult because such details were confidential. The patient threatened her that if she is unable to find a match, he will marry a healthy girl.” Valiv says.

It was then that Valiv decided that there was a need to create a matrimonial platform for those with HIV. The website started with eight to ten registrations free of cost.

“Many of those wanting to register were illiterate. So they called me directly on my number. I searched the database for them and connected them with prospective matches on one-on-one basis.” he says.

The first marriage through the website was of a Singapore-based Indian man to a divorced UK-based woman of Indian origin.

“He worked  in a multi-national company in Singapore. His status was not known to his family back in  Hyderabad. Since his younger brother and sister were to be married, his parents were very eager for his marriage. He registered on positivesaathi from Singapore to find a positive girl.

A 28-year-old woman from Andhra Pradesh had got married to an Indian boy residing at London. Within a couple of years, she got pregnant and was diagnosed HIV. She realised that her husband was already HIV +ve and has transferred the virus to her. She got divorced to live alone with her girl child. She had  registered on from London to find a positive partner.” Valiv says. Both were from the same state in India. They corresponded over e-mails and decided to marry.

As the numbers increased, Valiv established a helpline. The word spread through doctors and regional newspapers. It was not difficult to get people to register, they now had a platform that told them they weren’t alone.

It was not difficult to get people to register, they now had a platform that told them they weren’t alone

Today the total number of registrations have swollen to 5,000 and all people need to do is post a free ad on the website and get responses directly or through the helpline.

About 60 per cent of registrations are from rural areas and 200 Indians settled abroad have also registered with the website.

Valiv has seen HIV-positive marriages surpassing barriers of caste, religion, region. He says people don’t bother about how the prospective partner looks. “They look for a like-minded person to take on the struggle together”, he says.

Valiv has also organised about 20 matrimonial meets. He said initially the response to the meets was very low as people had inhibitions about being in the public eye, even when others in the meet were suffering from the same problem. In 2010, however, Valiv managed to marry 22 HIV-positive people in one day in a matrimonial meet.

“Sometimes those looking for partners are very frustrated and their parents stop looking for hope. I counsel them,” says Valiv. Juggling full-time work and his website, Valiv makes sure he  is present for at least the weddings that take place around Pune.

“I belong to both the groom and the bride’s side. I feel like  a parent of the couple. And at the end of the day when people travel a long distance just to meet the person who helped them settle in life, it’s a very humbling experience, beyond words.” he says.

Valiv is now looking to start a helping-hand section on his website for the education and treatment of  HIV-positive orphans where donors will be able to connect to the children directly.

In a study done by a tertiary centre in New Delhi on 1309 couples,  19 per cent were found to be affected by HIV.  Of them, 45.4 per cent were married couples with both partners having HIV.

As of 2016, China, India and Indonesia account for around three-quarters of the total number of people with HIV in Asia.

According to reports,after sub-Saharan Africa, most deaths due to AIDS occur in South Asia. India being dominant with a total of 2.5 million people are estimated to be living with HIV and AIDS.

After sub-Saharan Africa, most deaths due to AIDS occur in South Asia

The number of cases in Pakistan are growing. According to the country’s National AIDS Control Programme, the latest figures show that over 4,000 HIV cases have been reported since the 1980s but the United Nations estimates the number of HIV/AIDS cases to around 97,000.

Though in India platforms like Valiv’s  PositiveSaathi.com attempt to bring normalcy in lives of those with HIV, there are several like Amrita continue to suffer because of the societal prejudices attached with HIV. 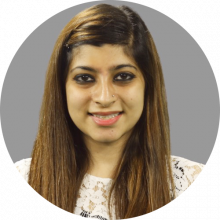 Writer, dreamer and travel enthusiast from New Delhi. When not writing I love to dance, read history books, study cultures and shop. 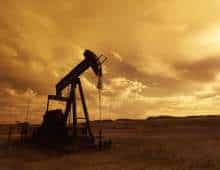