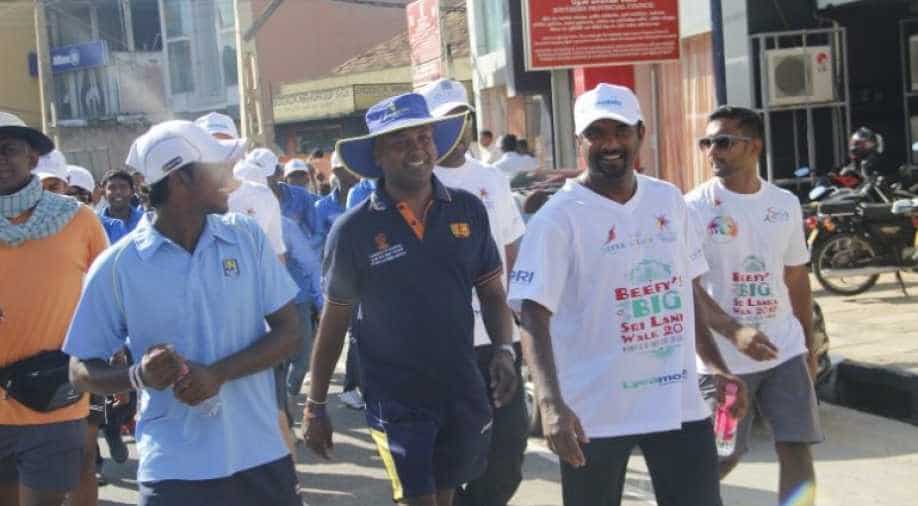 In an exclusive interview with WION, Kushil Gunasekera, who helped breathe life back into the village with the help of cricket stars like Muttiah Muralitharan and Kumar Sangakkara, told his story

Sri Lanka's Kushil Gunasekera, helped rebuild a village which was decimated by a tsunami with his " Foundation of goodness". When he returned to Seenigama in Sri Lanka's Galle district days after it was wiped out by a massive tsunami on December 26, 2004, he got to work.

Houses had collapsed, bodies floated in the seawater that had invaded inland, and one in four residents of the community of about 1,200 people had been killed by the deadliest tsunami to sweep across the Indian Ocean in decades.

Gunasekera had dreamed of helping the villagers long before the deadly tsunami almost wiped it off the map.

December 26 will mark the 15th anniversary of the deadly tsunami that killed more than 230,000 people, which was triggered by a 9.0-magnitude earthquake off the coast of Indonesia's Sumatra island.

In an exclusive interview with WION, Kushil Gunasekera, who helped breathe life back into the village with the help of cricket stars like Muttiah Muralitharan and Kumar Sangakkara, told his story.

WION: How has been your journey to rehabilitate and turning the tide, now that it's been 15 years since the disaster?

Gunasekera: When I recall that tragic occurrence, I myself had to encounter those furious waves and had to overcome that setback and turn into a blessing, especially with the worldwide compassion we received from countless donors to powers of destructions has been absolutely astounding, to say the least. But we have never given up, stayed positive, looked ahead and did the best possible to have this amazing outcome of a beautiful facility by way of a community model that now serves 28,000 beneficiaries across the island. Not only in the village we were ruined in the rubble but also across the country serving over 400 villages making rural disadvantage communities excel in life greatly as we move on. When we do best, we experience best.

WION: Big cricketing names of your time seem to have rallied to bring this village that you picked to build as a model village, can you tell us something about it?

Gunasekera: I must say that Muthai Muralidharan actually went alongside me to establish the foundation of goodness being the champion that he is. It is such a lovely gesture on his part to consent, to join the foundation of goodness in 1999 way back 20 years ago. And then, of course, legendary other cricketers, Kumar Sangakkara, Mahela Jayawardene and Russel Arnold who joined in at the same time I cannot forget. All of the other six trustees on board who have worked equally hard.  But having said that, it is always an advantage to have cricketers from all around the world and their campaign goes a long way in trying to support the foundation of goodness. Create that kind of attraction to serve rural communities to become better than they use to be and provide those opportunities and all of the facilities we are blessed with. They have done so many different campaigns in the last 20 years of working together with me. I can not emphasise adequately enough their role, especially Murali leading from the forefront very very caring and humane that he is along with the rest of the cricketers.

WION: Post this natural tragedy Sri Lanka recently was struck with terror; Easter attacks giving once again a jolt to Sri Lankan tourism which is kind of mainstay. Do you think that the efforts you made are pushed backwards after such attacks?

Gunasekera: Yes, the terror attack that unfortunately caused havoc on the April 21, had set a huge impact on the foundation of goodness as we strive to generate sustainable income to become self-sustainable which is one of our goals into the future and you know 60 cricket teams from overseas, especially from England and Australia come and play cricket annually in our village and lots of sports tourism, community aid tourism, individual volunteers, corporate companies that come out to our village experiencing bliss of volunteering and doing other engagements to add value to the work we do. So, we had 24 cancellations this year of such sports tours and many community groups coming to work with us to elevate rural disadvantaged communities. It has been a setback but these are the one that you expect since nothing is permanent in life.  We have to serve 28,000 beneficiaries. I must say that we have actually strategised avenues that bring us revenues that help us in serving humanity. Sport is an integral part of FOG. We never give up and learn other lessons from all the adversities. Adversity sometimes and many times bring blessings. Yes, things happen and then we look forward to making them work again.