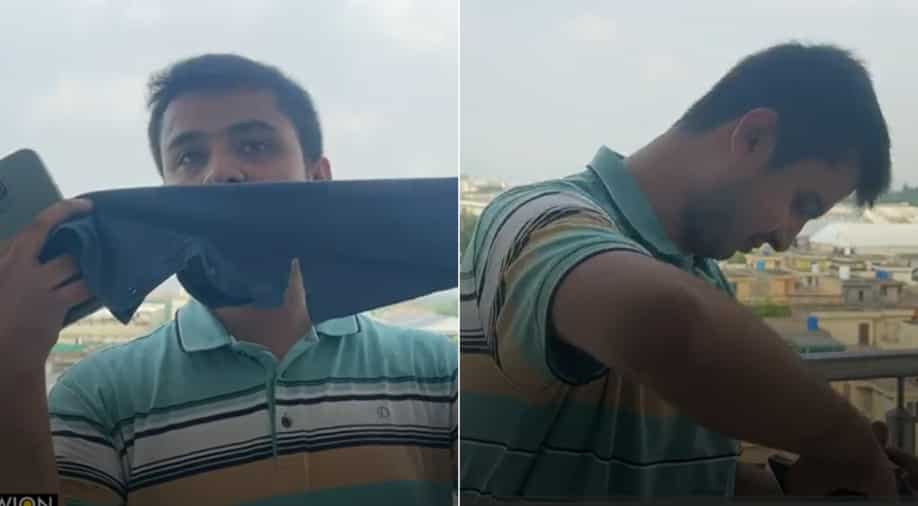 On Friday morning, WION correspondent Anas Mallick tweeted "I am back" and later revealed his traumatic experience. He also showed his torn clothes and injuries

WION correspondent Anas Mallick was abducted by the Taliban while he was reporting in Afghanistan's capital Kabul. Anas and his team were shooting general visuals when they were forcefully dragged away from their car by the Taliban members.

He said he was handcuffed, blindfolded, physically assaulted and interrogated thoroughly even on his journalistic credentials. Their phones were taken away and they remained incommunicado and missing for nearly one day.

WION remained in contact with relevant authorities in New Delhi as well as Kabul to know about his whereabouts and eventually to secure his safe release.

On Friday morning, Anas tweeted "I am back" and later revealed his traumatic experience. He also showed his torn clothes and injuries.

Importantly, the local producer and his driver are still being held by the Taliban. Although they said that they will be releasing them soon, but there has been no update.

We were handcuffed, blindfolded, and faced the wildest accusations and after that were questioned thoroughly on our journalistic credentials as well. Personal questions were also hurled at us.

Late in the evening yesterday, at around 9:30 (local time), I was moved into a room where I was told I will be allowed to walk free once the translator shows up.